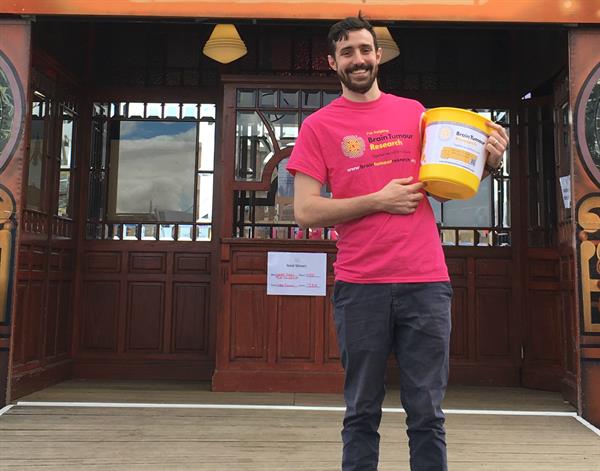 What gets you out of bed in the morning?

Coffee. Although if it’s work related, probably the connections I get to make and see develop over time. This week I received an email from the Dome Restaurant in Edinburgh who have chosen us as their charity of the month this August. I dropped in there after a meeting last summer and just left my card and a leaflet with the concierge. It’s exciting when things like that come around. I also met the Lord Provost of Edinburgh this week after I emailed his office. He and I sat in the City Chambers and discussed how he could help support Wear A Hat Day. That sort of thing is very motivating.

What is the most challenging thing about being a Community Fundraising Manager, in the context of a medical research charity?

Making your voice heard above all the other charities. There are thousands of worthy causes so finding people who want to support you is particularly tricky, it takes time and a bit of luck, and more often than not you’re politely told no.

You are working hard to bring different communities in Scotland together. What are you trying to achieve?

A presence for the charity so people in Scotland who have been affected by brain tumours can recognise that there’s an organisation working to improve the situation that is relevant to their lives. If it were me, I would find that very comforting so hopefully we can do that for somebody else.

Since joining Brain Tumour Research, what are you most proud of?

In November we held our first ever Supporter Get Together in Scotland. The event was held in Holyrood Parliament and supporters came from as far away as Aberdeenshire to attend. We heard from a supporter about her experience and Katie, our research manager, about the work that’s being done in our Centres of Excellence. And, because of the setting and we had MSPs there too it felt like there was a real sense of momentum and that we could make a difference.

Very unimaginative but… my parents! They started a business 25 years ago, worked 6 day weeks and 14 hour days. They’ve put three children through university and they now employ about 24 people. Some of whom have been with them from the start, and they’ve given young engineers their first job. I think that’s inspirational.

What do you do to relax?

Cook. I could include things like walking and reading but cooking is probably the most honest answer! When I was at College before I went to Uni I worked as a chef for a couple of restaurants over the course of a few years. I now just really enjoy cooking and it’s definitely something akin to a hobby.

What makes you happy?

Ashton Lane in Glasgow when the sun’s shining (drink in hand).