The potential of arginine depleting drugs for brain tumour treatment 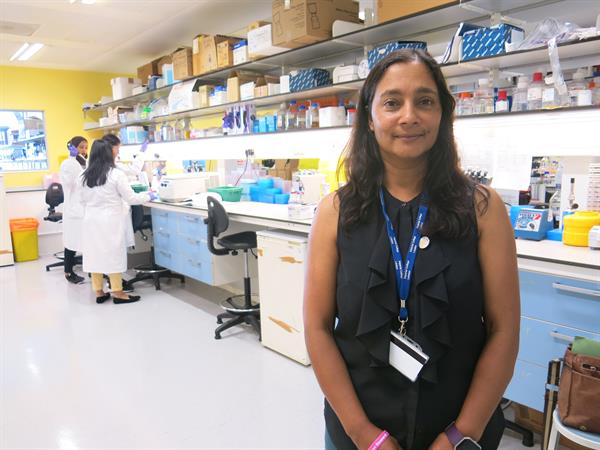 14 December 2018 by Katie Sheen
New research published by the Brain Tumour Research Centre of Excellence at Imperial College, London demonstrates how a drug called ADI-PEG20 can reduce the size of brain tumours in mice for a certain subset of glioblastoma multiforme (GBM) that are ASS1 negative: meaning that the ASS1 gene doesn’t work, and the tumour is dependent upon arginine being present at adequate levels in the blood to support growth.

Encouraged by these results, the research team led by Dr. Nelofer Syed combined ADI-PEG20 with Temozolomide, a chemotherapy drug already used for patients with GBM brain tumours. They discovered that when used together, the drugs were effective not only for ASS1 negative GBMs but also for those that are ASS1 positive. These are relatively simple biomarkers that should be straightforward to establish in humans via a simple blood test, meaning that patients who could potentially benefit from this therapy can be identified before being enrolled into a clinical trial that is already being planned for the near future. The trial protocol is near completed and will be submitted for funding within the next few months, so we will let you know when you can apply to be enrolled in the trial .

Dr. Nelofer Syed said: “We are excited to report this first demonstration that depletion of arginine in the blood is effective in treating GBM in the presence of an intact blood brain barrier. Drugs designed to defeat brain tumours usually need to be able to get through the blood brain barrier, which protects the brain from toxins in the blood stream. This challenge means that many potentially useful drugs don’t make it into clinical trials because we can’t get them into the tumour in high enough levels to make a difference. ADI-PEG20 is different: it doesn’t need to cross the blood brain barrier, because it works throughout the body to reduce the level of arginine in all types of fluid, including blood.

We have been working on this theory for a number of years and were one of the first groups to prove that ADI-PEG20 could work on brain tumour cell lines in the laboratory. The fact that ADI-PEG20 has already been shown to be safe for humans with other forms of cancer when combined with chemotherapy will be a major factor in us being able to use this combined evidence base and our already well established ‘bench to bedside’ research pipeline here at Imperial College NHS Trust (incorporating Charing Cross Hospital) to take the research forward into clinical trials as quickly as possible. We also have another paper containing even more of these exciting results due to be published soon… watch this space!”