Zika virus as a potential therapy for brain tumours 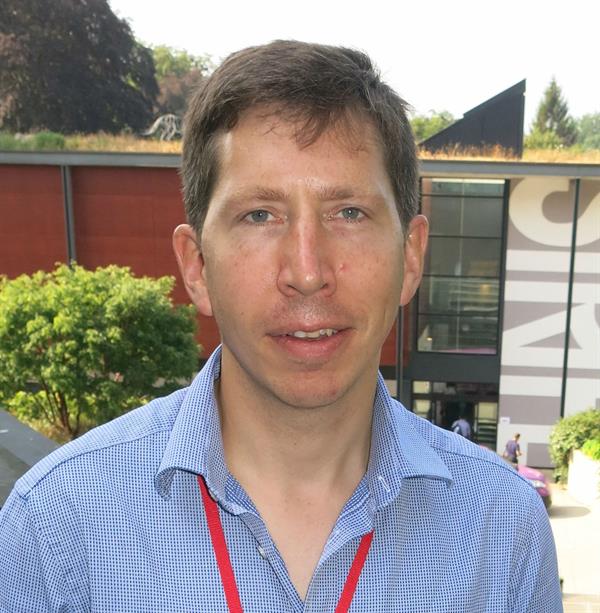 05 July 2018 by Harry Bulstrode - BNOS Young Investigator of the Year 2017
The treatment of malignant brain tumours is essentially surgery, chemotherapy and radiotherapy. These can debulk the tumour and kill dividing cells but cannot completely remove the invasive tumour stem cells which drive eventual recurrence. Since the discovery of brain tumour stem cells 15 years ago, the holy grail for drug development has been to find a treatment which can cross the blood-brain barrier and specifically attack these cells.

When the Zika virus epidemic hit the headlines in 2015/2016, I had just submitted my PhD thesis; laboratory work concerned with the extraordinary way in which brain tumour stem cells in the highest grade tumours, glioblastoma, ‘borrow’ the neural stem cell programme essential to brain growth in a developing baby, and use this to drive malignant growth and invasion.

As Zika spread through Brazil, infecting an estimated 3 million people, a striking pattern emerged. While infected adults were generally symptom-free or suffered a mild flu-like illness only, children born to mothers infected early in pregnancy suffered devastating stunting of brain growth. Soon studies from groups across the world were confirming that the virus crosses the blood-brain barrier to specifically attack neural stem cells while sparing the developed brain, thus demonstrating the very qualities required of a tumour stem cell therapy.

The grant proposal I put together in late 2016 proposed a modest set of initial experiments, infecting tumour stem cells in the lab with Zika then building up to treating brain tumours in mice with the virus. In May 2017, I was delighted to be awarded a CRUK Pioneer Award to pursue the work, but in the meantime the field was moving very quickly. In September 2017, a group in California, including leading scientists in the brain tumour and virus fields, published compelling and comprehensive evidence that, as expected, Zika selectively attacks tumour stem cells and even prolongs survival in mice with tumours.

As always, an important discovery presented a whole new set of related questions. Which types and identities of tumour stem cell are vulnerable? What are the mechanisms through which this selective attack occurs? Understanding these aspects is key to exploiting insights from Zika in designing new drugs.

Most pressing of all, of course, was to answer whether the Zika virus itself could be a treatment for malignant glioma. Many vaccines are based on disease-causing viruses, and the use of viruses against cancer has a long history. Zika typically causes mild disease in adult patients and spreads almost exclusively through tropical mosquito bites – consequently, there will never be an outbreak in the UK.

The Cambridge Clinical Trials Unit are helping me to explore this, but the hurdles are significant. Any treatment given to patients needs to be manufactured to Good Medical Practice standards, which guarantee quality and sterility. No one to my knowledge has made a disease-causing virus to those standards before, so production will be difficult and expensive. Ethical and public health concerns will also need careful thought. For example, how would surgeons and theatre staff feel about handling infected tissue at operation after Zika infection? What if a patient suffered a rare complication of Zika infection, such as Guillain Barre Syndrome?

While these issues are addressed there is a lot to be done in the lab, using better cell culture and animal models to address some of the questions above, as well as confirming and extending what’s already been published. I believe that understanding Zika better will translate to new treatments – the question is how soon we can make it happen.

Harry was the 2017 winner of the British Neuro-Oncology Society (BNOS) Young Investigator of the Year Award, sponsored by Brain Tumour Research. He is a Clinical Lecturer at the University of Cambridge, and Honorary Specialist Registrar in Neurosurgery at Addenbrooke’s Hospital in Cambridge. His main research interest is in glioma stem cell biology, especially the similarities between the transcription factor programs that control glioma stem cells and neural stem cells.

Harry’s PhD work, conducted in Steve Pollard’s labs in London and Edinburgh (Steve Pollard is a member of our Scientific and Medical Advisory Board), was concerned with the roles of neural developmental transcription factors FOXG1 and SOX2 in establishing and maintaining glioma stem cell identity. Harry is now working in David Rowitch’s lab in Cambridge.

The recipient will be invited to speak during a dedicated session at the BNOS meeting, for which their conference fees will be waived. In addition, the recipient will receive an award of £2,000 to attend one (or more) other neuro-oncology conference in the year of the award.