The challenges of new drug development 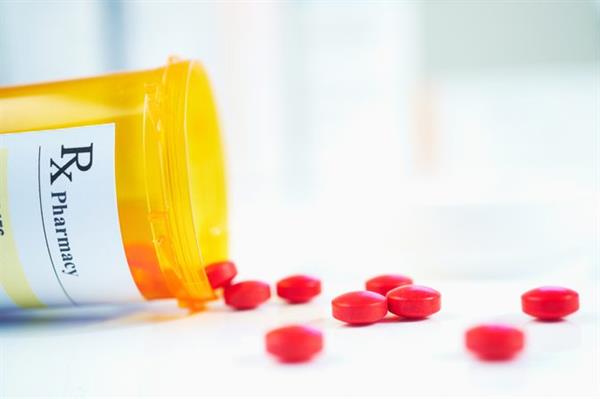 09 February 2018 by Dr Kieran Breen
The development of new medicines is a complex process as it is essential that they are demonstrated to be both safe and effective before being made available to patients. This involves different levels of testing – from initial studies in the lab right through to clinical trials and ultimate approval by the regulatory authorities. Sometimes, longer term trials continue after a drug is licensed in order to assess its longer-term effects. The Association of Medical Research Charities recently produced a report entitled “Medical research – what’s it worth?” which describes the developmental process of a specific therapy to treat rheumatoid arthritis in which the charity Arthritis Research UK played a key role.

The process started in 1989 when the results obtained from basic lab research suggested that a compound produced in the body called tumour necrosis factor (TNF) could potentially play a role in inflammation-associated joint damage. Basic research such as this is vital if we are to identify targets in the cell to which new drugs can be directed in order to develop new therapies. The Brain Tumour Research Centre of Excellence in Plymouth, for example, is working to understand the mechanisms underlying the development of low- grade tumours.

By 1993, trials in mice had identified that blocking the actions of TNF within the body could protect damage to bone and muscle associated with rheumatoid arthritis, so early stage clinical trials were carried out. These trials can take time as they need to identify the appropriate dose of the drug, demonstrate that this is effective to treat the condition but also identify those patients who are most likely to benefit from the therapy. Another key question to be addressed at this stage is to determine what is meant by “effective”? For chronic conditions such as arthritis, patients may need to be treated for several years before it can be demonstrated that a new drug is more effective than those already on the market. For brain tumours, the usual measure of effectiveness is “overall survival rate”, although this will vary according to the tumour type. The European Medicines Agency (EMA) has also produced a number of videos which explain the role of the regulatory bodies in this process.

For the TNF drug, named infliximab, these initial studies took five years before a larger trial was carried out over a number of research centres to confirm that the drug was indeed effective and safe. The drug was licensed in 2000 although a subsequent trial was carried out to assess the long-term benefits of the therapy and to carry out the cost/benefit analysis. This allowed the drug to be eventually approved by the National Institute for Health and Care Excellence (NICE) for routine use within the NHS in 2007.

So, the time from the initial studies carried out in the lab to its routine use in the clinic was almost 18 years. This appears to be extremely long but is not unusual when developing a completely new type of drug. There are essentially three phases of drug development. Firstly, prior to human trials, lab studies demonstrate that the chemical works in the lab, usually using cells grown in a dish. Secondly, clinical trials show that it is safe and effective in humans. But then, it must be demonstrated to be cost effective before it is approved by NICE for use within the NHS using larger follow-up trials.

However, there are a number of initiatives which will hopefully shorten this time period, especially for conditions such as brain tumours. They are considered as “conditions of unmet need” which means that there are few existing effective medications so are therefore of high priority. The EMA have a Priority Medicines (PRIME) programme which decreases the time taken for a new drug to be approved, providing that it demonstrates the appropriate level of clinical benefit in patients. This includes discussions with national agencies such as NICE so that the time lag between regulatory approval and routine availability in the clinic is minimised. The MHRA in the UK has also initiated an Accelerated Access programme which aims to identify novel and innovative medicines and bring them through to the clinic as rapidly as possible.

Another exciting area is drug repurposing. This involves the use of drugs which have already been authorised for the treatment of one condition for the treatment of a different condition. Because these drugs already have been tested, the amount of new information that is required for approval may be significantly less than would be required for new drugs. Furthermore, as they are likely to be available in generic form, the cost will be much lower and it may be easier to be able to demonstrate that the cost/benefit ratio is better than existing medications, which is required for NICE approval. A report on the development of repurposed medicines was published last year. Brain Tumour Research was one of the key stakeholders involved in the publication of this report and it is an area which we feel has particular promise. Research is already being carried out at our Centres at Plymouth and Portsmouth in the area of drug repurposing.

In addition to these opportunities to speed up drug development, we still need greater research investment. Our campaigning will ensure that this remains at the top of the political agenda. Together, we will find a cure.