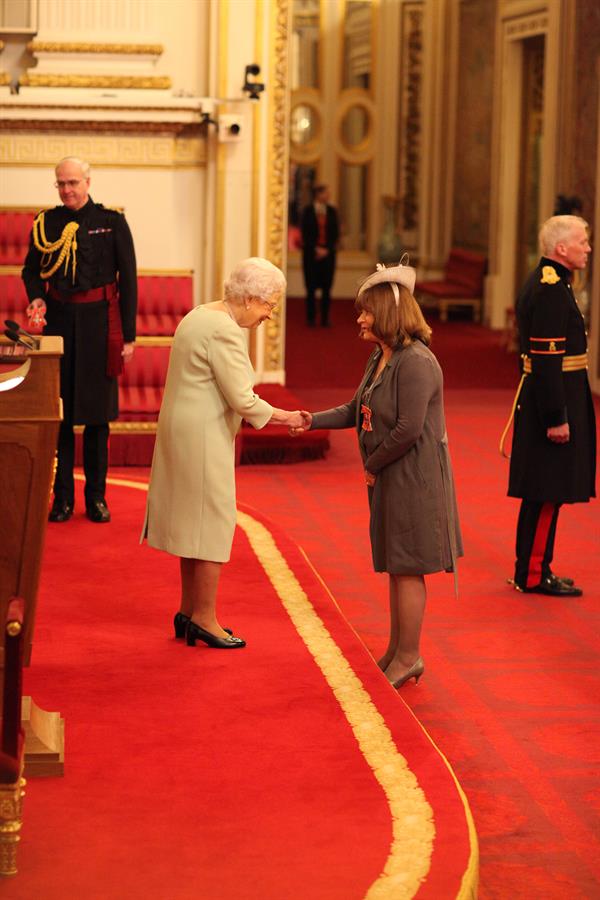 28 December 2017 by Sue Farrington Smith MBE
2017 started with an honour as I was privileged to be made an MBE in the New Year Honours List. I was humbled to attend the investiture ceremony in February 2017 and accept the honour from the Queen herself, on behalf of the brain tumour community. This was such an amazing recognition of the work we have all done together to raise awareness of brain tumours and fundraise to support sustainable research into brain tumours and ultimately find a cure. I thank each and every one of you for your support

Having experienced rapid growth in our first seven years, we set out to consolidate during 2017 and ensure we had robust systems and processes in place. With more and more families joining our fighting force we wanted to be able to professionally support our further growth. We remain determined to reach our goal of funding seven centres of excellence dedicated to brain tumour research.

With continued focus on increasing the investment in brain tumour research we took full responsibility for ensuring ‘the voice’ of over 120,000 people who had signed the e-petition would be heard during the meetings of the Department of Health’s Task and Finish Working Group on Brain Tumour Research Funding.

We are proud that as 2017 closed, thanks to everyone in the brain tumour community, progress in brain tumour research is being made and new initiatives are about to be announced by members of the Task and Finish Group, including Cancer Research UK’s commitment to grant £25 million to brain tumour research over the next five years. We were also pleased that with your support we were able to grant £2 million during 2017, paving the way for at least a further £10 million over the next five years.

As the 2018 New Year begins we once again start with ambitious goals. With your support we want to increase our fundraising to over £5 million this year and continue to invest in campaigning and raising awareness. Our aim is to grant at least a further £3 million during 2018 and establish a fifth Centre of Excellence.

The Task and Finish Group report should be published in the New Year and as new members of the National Cancer Research Institute (NCRI) we will work with our partners to shape new initiatives at the cutting edge of cancer research.

So please keep supporting our vital work through your donations, getting sponsored, organising events and particularly getting others and their organisations involved.
The national spend on brain tumour research needs to increase to £30-£35 million a year (from £11 million currently) in line with breast cancer and leukaemia research if we are to see the same advances in treatments.

This increased spend will be driven by our own spend for which we need your continued generous support, as well as the spend of Cancer Research UK and other larger cancer charities. Such spend will then attract Government funding as researchers are able to build on the work that we have already started.

Wishing you and your families a good and peaceful New Year.