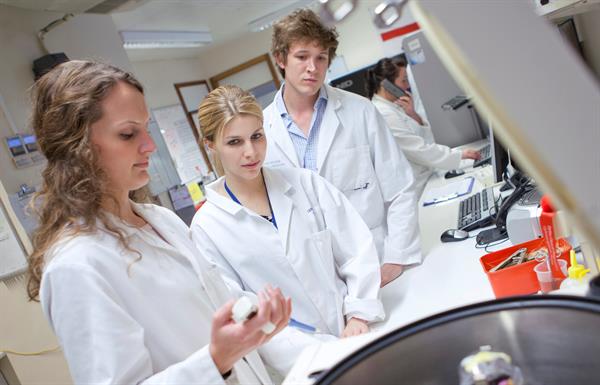 12 October 2017 by Dr Kieran Breen
Previous research carried out at our Research Centre in Plymouth University has reported that the Merlin gene plays a key role in the development of a low grade tumour. This includes schwannomas, meningiomas and ependymomas. Mutations in this gene which prevent it from working correctly increase the risk of cells developing into tumours. This risk is further amplified in people with the condition neurofibromatosis 2 (NF-2). If we can understand how the gene mutation has this effect, then we may be able to identify drugs which could overcome this and therefore develop new therapies for brain tumours.

The group in Plymouth, who are international experts in the study of the Merlin gene, have collaborated with researchers in the US to study how these genes work using mesothelioma cancer cells as a model system. This type of cancer occurs in the layers of tissue that cover each lung. These are particularly sensitive to changes in the NF-2 and Merlin genes so can be used as a tool to examine how the genes work. The information obtained can then be translated to increase our understanding of brain tumours.

The researchers have dissected out the biochemical events that occur in cells expressing the mutant gene and identified MLN 4924, an experimental compound used in the lab, which should have some anti-tumour activity. Unfortunately they discovered that it did not have the desired effect.

They then went on to identify another biochemical pathway that is also associated with the Merlin/NF-2 genes. They found that when they blocked this second pathway with another drug in combination with MLN 4924, they were able to kill cells which had been derived from a tumour donated by a patient following surgery.

What these studies confirmed was that the development of tumours is a complex process and one drug alone may not be sufficient to cure patients. So researchers try to identify the biochemical changes, commonly referred to as drug targets, that occur in particular cells that could be targeted with specific drugs. These can be verified initially using experimental chemicals available in the lab and, if successful, may then be used to screen for new drugs which could act on these targets to stop the cells dividing and the tumours growing.

This study has also shown that some factors are common to more than one cancer type so it is important to be able to learn from other areas of research as this information will help us to understand better the biochemical changes that occur in brain tumour cells. This may also identify therapies which are being used to treat the other cancer cells and which may be useful to treat brain tumours in the future.

However, even if we identify new treatments, the big challenge for the treatment of brain tumours is the blood-brain barrier (BBB). This surrounds the blood vessels present in the brain and it acts to protect the nerve cells which are fragile and acts as a very sensitive sieve mechanism, which means that only a small number of drugs can cross into the brain. So, even if drugs can be identified which act on other tumour types, they may not be able to get close to brain tumours. This is why we need to conduct more research to identify the drugs and the mechanisms by which they act. The researchers at our Centre in the University of Portsmouth are working hard to identify drugs which will cross the BBB to enter into the brain having developed a model system of the membrane. They are also investigating the potential of repackaging existing anti-cancer drugs which may allow them to get into the brain.