Why is there such a high failure rate for brain tumour clinical trials and how can we improve this? 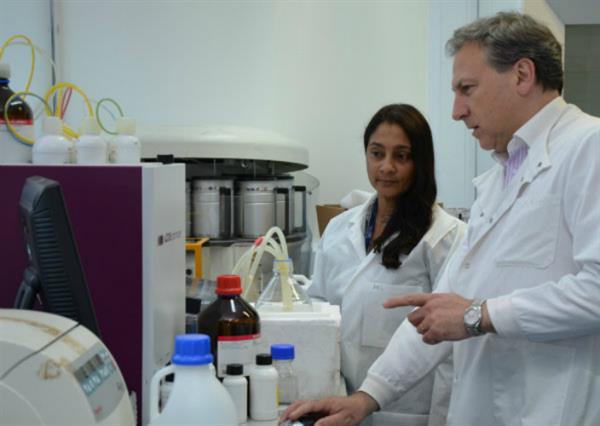 A paper published recently in the journal Neuro-Oncology reported that although new drugs may appear to have a clinical benefit in early phase clinical trials for the treatment of glioblastoma, this is frequently not observed in the subsequent later stage trials. So why does this happen, and how can we increase the accuracy of the initial trials?

Clinical trials are initiated following evidence from laboratory studies that a drug may have a clinical benefit. There are three categories:

This research assessed 11 phase III clinical trials which were carried out since 1992, seven for newly diagnosed glioblastoma and four for recurrent disease. While all had positive phase II trial results, only one reported a successful outcome in phase III. The study asked why this anomaly occurred and how can it help in the development of future drug trials.

The first problem to be addressed is the trial design. Quite frequently, the phase II trials didn’t include a control group of patients actually taking part in the trial (referred to as an active control group) but rather used clinical data from patients who had taken part in previous studies (historical data). However, the value of this data depends on the patients from whom it was collected and what other therapies they may have been on. The inclusion of an active control ensures that their clinical information is being collected by the same doctors at the same time. They are also being treated with an existing therapy, such as temozolomide, and this can then be compared with the new drug to see which is the most effective. While the inclusion of an active control group makes the trial more expensive, it would ensure that any positive results were associated with the new therapy rather than differences observed due to the use of historical data.

The second challenge is to define what is meant by a “positive trial outcome” – how do we define success? This can be determined by a number of criteria. One outcome measure is called “overall survival” (OS) which refers to the time between the initial treatment and death, but assessing this means that the trial may have to be carried out over a long time. Another is “progression-free survival” (PFS) which is the time between the treatment and the recurrence of symptoms. PFS is usually assessed when determining the shorter-term benefits of a drug. However, other indications of drug response, such as imaging, should also be considered as this will provide an on-going indicator of progression of the tumour size and potential development. And chemical tests, called biomarkers, are being developed which will allow for a rapid assessment of how well the tumour is responding to the therapy.

Clinical trials also need to take into account the genetic differences between patients. The World Health Organisation (WHO) guidelines published last year classified subgroups of patients who may have the same brain tumour type according to its pathological make-up, but yet have different genetic profiles. Therefore, recruitment into early-stage clinical trials should take these differences into consideration so that the participants are as similar as possible. The lack of genetic data is another reason why the use of historical control data may not be appropriate.

A new strategy to test multiple treatments and combinations of treatments in parallel is being developed to make clinical trials more efficient and informative.  These are referred to as “adaptive trials” and are designed to be continuously updated to incorporate the latest information about brain tumours. This means that ineffective treatments can be shut down early, and new treatments can be initiated quickly. Two trials are currently being designed using this approach including INSIGhT and GBM-AGILE. This trial protocol has previously been used to test drugs for other types of cancer.

There are only a small number of trials currently underway for new therapies to treat brain tumours. However, this report has emphasised that it is important to design new trials appropriately to maximise the possibility of a successful outcome.

Further details of current brain tumour clinical trials in the UK can be found at http://www.brainstrust.org.uk/brain-tumour-hub/clinical-trials.php.

Other useful websites include:

www.clinicaltrials.gov - a searchable list of all US clinical trials, including some taking place in Europe