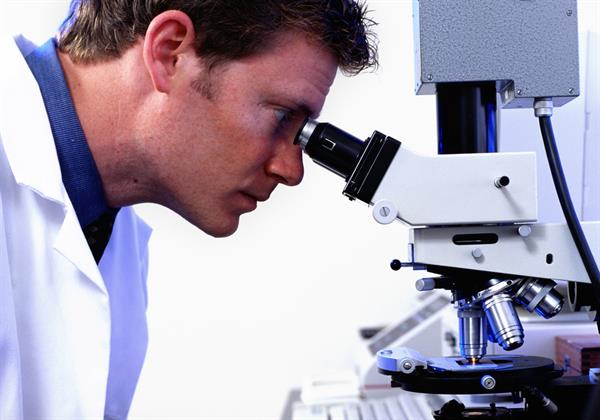 The potential therapeutic effects of cannabis have gained a lot of attention in recent years, from both brain tumour patients and within the media.

Two of Brain Tumour Research’s Member Charities have now joined forces to launch a study into the clinical effects of cannabidiol (CBD), the non-psychoactive ingredient in cannabis. The research, builds upon previous research in this area and will be conducted by the Children’s Brain Tumour Research Centre at the University of Nottingham, and is being co-funded by the Astro Brain Tumour Fund and other brain tumour foundations.

The calls for research into the effectiveness of cannabis-based treatments have not just been prompted by a growing number of brain tumour patients and researchers, but also by Parliamentarians.

In the run-up to the General Election, Baroness Meacher, Co-Chair of the All-Party Parliamentary Group on Drug Policy Reform has called for a relaxation of the rules around cannabis-based medicines. It has been noted how cannabis can also provide symptomatic relief to patients with various conditions, and it is licensed for the treatment of multiple sclerosis.

We have analysed the evidence for the use of cannabis as a potential treatment for brain tumours.

Are there any cannabis-based drugs available?

There is one cannabis-based drug, Sativex, which is manufactured by GW Pharmaceuticals. The drug is licensed for prescription for the alleviation of spasticity in people with multiple sclerosis and is administered as an oral spray. The main active ingredients of the cannabis plant are called cannabinoids. There are a number of these compounds, and the two that are contained in Sativex are Δ(9)-tetrahydrocannabinol (THC), which is the addictive component of cannabis, in combination with cannabidiol (CBD).

Sativex was rigorously tested for its safety and efficacy before receiving approval, and is distinguished from cannabis in its raw form by its specific components. The composition, formulation and dose have been developed to provide medicinal benefits with minimal psychoactive effects.

Other sources include cannabis oil (CBD), which is legally available in the UK, and the cannabis plant, which is illegal within the UK and in about half of the US States with other States’ laws broadly legalising marijuana in some form. The plant also has limited availability in some European countries, albeit under strict control.

Is there any evidence for the clinical benefit of cannabis?

Some promising results have come from preclinical studies but scientists have yet to determine whether these positive outcomes can be replicated in brain tumour patients. They suggested that although the drug does not appear to have a direct effect on brain tumours, it may make them more sensitive to radiotherapy. The study at Nottingham follows on from this research.

Clinical studies have recently been carried out to assess the potential benefit of Sativex when given in combination with temozolomide (TMZ). Although the interim results of the trial appear to be promising, we need to wait for the complete data before any specific conclusions can be drawn.

At the moment, it is permissible for a UK doctor to prescribe Sativex “off-licence” i.e. as a treatment for a condition for which it has not been approved. This would be at the discretion of the clinician, who must carefully consider the evidence that is available for the clinical benefit of the drug in addition to any potential adverse effects.

Furthermore, some patients may have to pay for the cost of the medication and it is unlikely that the cost would be reimbursed by private health insurance due to it being prescribed off-licence.

Are there any benefits from taking cannabis oil?

Some people have used cannabis oil as a potential treatment for their brain tumour; it contains the non-addictive CBD component of cannabis.

The oil is currently marketed as a health rather than a medicinal product which means that different regulations apply. The manufacturers are not permitted to make any claims about the efficacy of the agent for the treatment of specific medical conditions. Although the product is made in accordance with general manufacturing guidelines to ensure that it is safe, there is no independent quality testing to confirm the amount of compound present in the product, despite what may be stated on the label. This unreliability makes it difficult to assess whether there are any health benefits.

Once claims are made about the benefit of the cannabis oil (or other healthcare products) for specific medical conditions, it now comes under medicinal (rather than health) product guidelines and therefore has to undergo clinical trials in the same way as any other medicine before it can be made available (https://www.gov.uk/government/news/mhra-statement-on-products-containing-cannabidiol-cbd). This is likely to be by prescription rather than as an “over the counter” product. Furthermore, the quality testing would be much more rigorous in order to confirm the exact components present in the oil.

So what are the next steps?

We are now awaiting the full results of the two clinical trials referred to earlier – if they appear to show a benefit of the drug, a further larger trial will probably be required to confirm the positive effects. The trial would also determine whether the drug is acting directly on the tumour to modify its growth or is making it more sensitive to existing therapies. This would then provide the evidence for the licensing of the drug to treat certain types of brain tumours.

It may be possible to allow limited use in the clinic when the larger trial is taking place, but this would be at the discretion of the regulatory authorities and is likely to be very controlled for a restricted group of patients who are most likely to benefit.