What do immunotherapy advances mean for brain tumours? 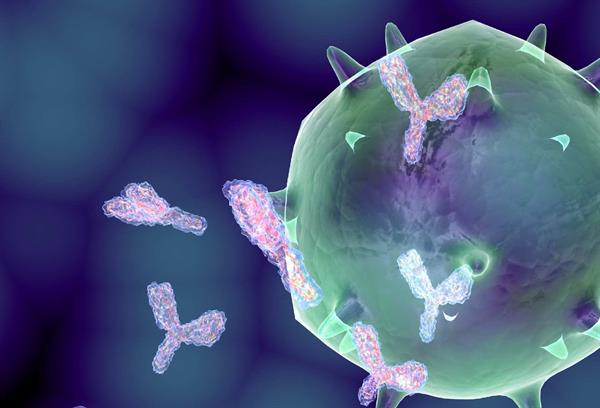 A piece of research, published in the journal “Science” today got widespread coverage on the BBC. This described the potential personalization of immunotherapy for people with different types of cancer which may help us to be more accurate in the targeting of new therapies.

When a new substance enters the body, it is seen as foreign by the immune system which immediately goes to work to get rid of it. There are two components involved. Firstly, the body produces antibodies. These are designed to attach to the substance itself. This then activates the second component of the immune response which are the white blood cells. These attach to the antibodies in order to eat up and destroy the foreign substance. The production of the antibodies spark off the increase in the scavenging white blood cells and target them to the specific area.

Can this be used in cancer?

Cancer cells are different to normal cells. In the brain, for example, specialist cells are involved in very complex functions including maintenance of the structure and the transmission of electric signals. When these become cancer cells, they can no longer play this role. They essentially become primitive, form a clump of cells together and then start to divide and multiply. In some cases, a group of cells will split off and spread to other parts of the brain or even other parts of the body. This is a process called metastasis. Unfortunately, they trick the immune system into thinking that they are normal cells and they do not spark off an immune response. This is despite the fact that they do contain factors on the surface of the cells, referred to as antigens that have subtle differences to those present on normal cells. So we can try to harness this difference to spark off an immune response. There are three ways in which this can be achieved:

What is novel about the new approach?

Normally, the therapy targets one or more protein that is expressed on most of the cancer cells in a specific tissue. However, not all of the cells in a particular tumour type will have this protein and will not respond to the immune therapy. In the new approach, the researchers will look at the genes of the tumour cells and generate an immune response that is specific for the individual tumour. So, we can effectively produce a new medicine that will be specific for that person’s tumour.

Can these be used for brain tumours?

The major obstacle for the treatment of brain tumours is the blood-brain barrier. This membrane, which surrounds the brain, prevents drugs, proteins and cells from getting into the brain to kill cancer cells. However, more recent studies have suggested that this may not be entirely the case for some immunotherapies. The story which appeared in The Sun earlier this week described an immune based therapy that used two treatments in combination.

These two complementary approaches are now being tried in combination – as a “double whammy”. The study is being carried out in a number of clinics around the world. The UK centre is University College Hospital in London. Although the drugs are already in use in the clinic for specific cancer types, we need to carry out the clinical trials to be able to demonstrate that they are safe and effective against GBM and potentially other brain tumours. However, there is nothing to prevent individual doctors prescribing these drugs, but it is at their own risk.

But immunotherapy is rapidly evolving field. There was a report published in May of a small study of 20 patients with glioblastoma who were treated with a combination of bevacizumab and another immunotherapeutic drug ipilimumab (http://www.clinicaloncologyonline.net/article/S0936-6555(16)30076-0/fulltext). This treatment has previously been used to treat malignant melanoma. Ipilimumab acts to stimulate the body’s own immune system and therefore potentiates the action of bevacizumab. The results are promising although some of the participants did not respond to the treatment. Further studies are being planned to assess whether it is possible to predict which patients are most likely to respond. Another recent study assessed the use of bevacizumab in combination with the existing therapy of temozolamide in conjunction with radiotherapy. The primary aim of the study was to assess the safety of the treatment and to find whether there would be any severe side effects which would prevent people undergoing the therapy. It was considered safe, so future trials are planned to assess whether it has any beneficial therapeutic effects (http://neuro-oncology.oxfordjournals.org/content/18/7/991.abstract).

What is Brain Tumour Research doing in this area?

The research that we fund will play a key role in their future development. In the Portsmouth centre, Prof Geoff Pilkington has developed an artificial blood-brain barrier and is using this to investigate whether we can modify antibodies and other therapies so that they can cross more easily into the brain. Prof Silvia Marino at QMUL is assessing some of the key differences on the surface of GBM cells that may ultimately be used in the design of immunotherapies. And Prof Oliver Hanemann at the University of Plymouth has identified genes which are changed in “low grade” tumours and is working to determine whether these can be used as targets for new drugs.