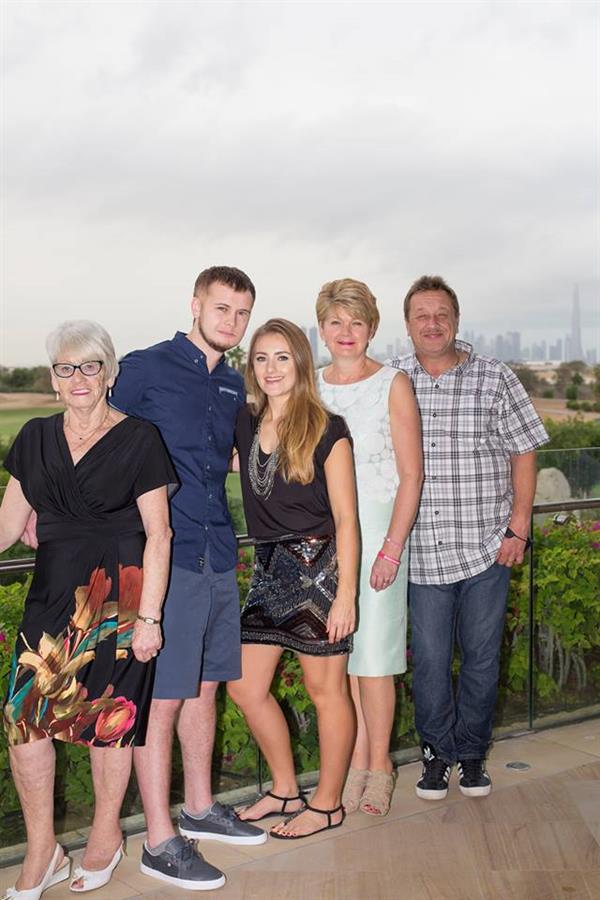 Today, as his family and friends say goodbye to him, we remember brave supporter Ryan Taylor, 26, through the personal account of Brain Tumour Research team member, Susan.

Not long after I joined the PR team at Brain Tumour Research I started working with a young man who was living with a brain tumour. His sister Melanie had already done some amazing work fundraising for us, completing marathons in the oppressive heat of Dubai where she lives. It was clear she was a woman on a mission and I got in touch to find out a bit more about her motivation.

Melanie’s dedication was inspired by Ryan, her only sibling, who had been diagnosed in his twenties. I made contact and so began my “virtual” friendship with a young guy who, sadly, I never met but with whom I stayed in contact right until his death.

Less than a week before he passed away, Ryan was all set up to do a TV interview. “So I’d be on BBC News?” he said. He’d already done a print interview and his local radio station wanted him too. Typically self-deprecating, he was always surprised that people were interested but, as usual, he agreed to do it after asking if it would make a difference to other people.

I admired the relationship he had with Melanie – her tireless fundraising was inspired by her brother’s diagnosis and he told his story because he wanted to support her and help others.

Ryan and his family had been in Dubai with Melanie only recently. I saw on Facebook that he had been taken ill – on his birthday of all days – and got in touch. He said he was OK and, once he was back in the UK, we were in almost daily contact.

He had obviously had a great holiday but it was all too plain to see how the disease was progressing. “They tell me I’m on palliative care,” he told me. “But they can stick that up their arse.” He made me laugh but it was sad to think how the world had shrunk for this lovely guy who should have been out having the time of his life.

Ryan was no longer able to work, no longer able to skateboard, no longer able to live the life that should rightfully have been his. A dreadful cliché of course but he never complained, not to me anyway. In one of our last phone conversations I asked him if he was angry; he confided it was hard to see his mates doing things without him.

His admission to hospital meant the interviews were cancelled, he would still do them he said but it might have to wait a few days. A photo of him giving the thumbs up from his hospital bed followed, he was having lengthy seizures (there was a video of that), he was tired, the food was OK, his MRI had been cancelled L, he wanted to go home. It was a privilege to have those conversations.

Before his hospital admission, I had resolved to find the time to get up to Nottingham to meet Ryan and now, of course, it’s too late. I regret that but know it would have been something I was doing for myself rather than for him, he had a wonderful family and lots of friends – he didn’t need me.

Rest in peace young man, you deserved so much more.