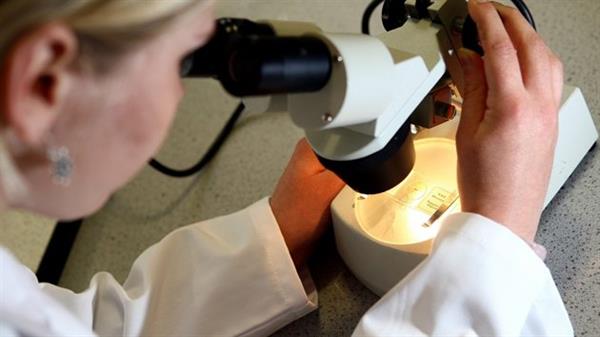 The second day of the NCRI conference had two primary themes. These highlighted the importance of identifying the changes that occur within cells when they transform into cancer cells, but also how they can then become resistant to the effects of anti-cancer drugs.

The first presentation was given by Prof Mark Krashnow from Stanford University, who has studied lung cancer development. A lot of his research on basic lung cell biology can be applied to brain tumours, and he emphasised how the study of one tumour type can have relevance for our understanding of others. He has developed a technique whereby he can assess individual cells and identify how they are going to develop – either into specific types of lung cells, or into cancer cells. He emphasised that within a specific tumour, there are many different types of cells with very distinct properties. This may explain why some cells become resistant to chemotherapy and may be associated with the subsequent recurrence of tumours following treatment.

This theme was then expanded upon by two presentations on medulloblastoma brain tumours. These can be divided into four subtypes depending upon their genetic make-up. We already know the key genes involved in two of these and the patients have a relatively good clinical outcome. However, we still know relatively little about the other two types of tumour and they have a much poorer prognosis.

Prof Sheila Singh from McMaster University in Ontario has carried our extensive research on these cells. They originate from tumour stem cells which have the potential to develop into many different types of tumour cells. Research in this area is being carried out at the Brain Tumour Research Centre of Excellence at QMUL by Prof Silvia Marino, who is a world expert in this area. Prof Singh has identified one key gene, Bmi1, which plays a key role in tumour cell formation and which may determine the sensitivity of cells to the actions of existing anti-cancer drugs. She has identified a compound which blocks the action of the Bmi1 gene and she is currently studying whether it may influence tumour cell development.

Prof Paul Northcott from St Jude Children’s Hospital in Canada has also carried out research in this area. In particular, he wants to find out why some medulloblastoma cells respond to chemotherapy while others don’t. He has studied the genetics of the different types of medulloblastoma cells and, by using the technology that has been developed to examine single cells, he has identified one specific gene which may play a key role in determining whether they are likely to become tumour cells. His current research is studying this in more detail with the potential to develop drugs which may act at this target to prevent tumour cell development.

The final presentation was given by Prof Stan Kaye from the Royal Marsden Hospital in London. While he has worked for over 40 years on the treatment of ovarian cancer, a lot of the information that he has obtained on the development of clinical trials could also be applied to brain tumours. In particular, he emphasised the importance of integrating clinical and basic research, usually termed “bench to bedside”. However, he emphasised that the clinical findings should then be brought back into the lab to get an even greater understanding of the cancer type and how new drugs can be developed. The Brain Tumour Research Centre of Excellence at Imperial College provides such a key link between clinical and basic research.

In addition, he emphasised the need to design clinical trials correctly. This should consider who is the most likely to respond positively to a drug, based on their symptoms or even genetic profile, so that the treatment has the best possibility of being successful. This forms the basis of “personalised medicine” where we can be much more accurate in prescribing the most appropriate therapies. Unfortunately, because of the small number of available drugs, this approach is not yet available for people with brain tumours.

We also need to consider that cancer treatment is not just chemotherapy but that it is a combination of therapies with additional surgery and radiotherapy. These must also be considered when we are devising a drug trial. How should we decide the order in which these should be given or the doses of drug required? These questions should all form part of the design of a new clinical trial.

Based on the findings from the design of other clinical trials, in combination with our greater understanding of the cellular changes in tumour cells including medulloblastoma, the future for the development of new therapies for brain tumours looks promising. However, these studies require a significant level of research investment before the laboratory research can be translated into new and effective treatments.