“Without research, there’s nothing” says Sally ahead of 10,000 steps challenge 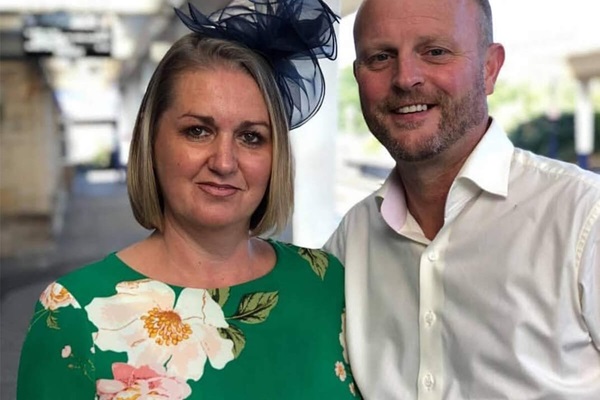 With just over a week to go until the start of the 10,000 Steps a Day in February challenge, a woman is preparing to step forward to help find a cure for brain tumours just weeks after losing her husband to the disease.

Mark Bellerby was diagnosed with a glioblastoma (GBM) after collapsing in September 2022. His wife, Sally, nursed him at home until he died on 4th January, with Sally and son Will by his side.

Sally said: “It was horrendous. From the day of the diagnosis, Mark was so sad. I felt like I’d lost my husband. He became withdrawn and agitated, and he didn’t want anyone to see him. He was existing but he wasn’t living.”

The tumour was inoperable because of its location deep in Mark’s right frontal lobe and he was told he was too weak to have any treatment. Sally took sick leave from her job as a nurse to care for her husband at home.

She has already raised nearly £2,000 in Mark’s memory ahead of the first day of her 10,000 steps challenge next week.

Sally added: “I’m taking on this challenge to raise vital money for Brain Tumour Research. Without research, there’s nothing. We need to find new treatments and ultimately a cure.”

You can support Sally’s efforts by donating to her fundraising here.

Time is running out to join our 10,000 Steps a Day in February team. Find out more and register here.