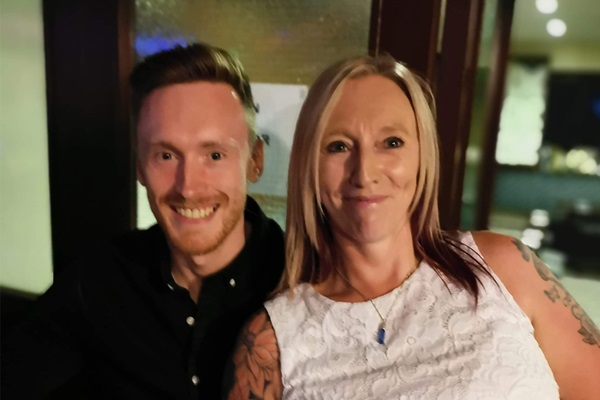 The mum of a 30-year-old man who died from a brain tumour has paid tribute to her ‘amazing, brave and inspiring’ son.

Andi Peel, from Groby, Leicester, died peacefully at home with his loving mum, Linda Peel, by his side on 11th January 2023. It follows a three-year battle after he was diagnosed with a glioblastoma (GBM) brain tumour in January 2020.

Linda, 56, said: “Since his diagnosis, I always knew this would be the outcome, but I’m grateful to have had three years with Andi because others aren’t so lucky.

“He took everything in his stride; from the operation to all of the treatment he had, he never moaned, and he never lost his sense of humour. He was always more worried about me and how I was doing then he was about himself. He’s been so amazing, brave and inspiring.

“Andi’s not suffering anymore, and we’ll all remember him as the brave warrior he was.”

Andi’s story was widely covered in regional and national media. Since his diagnosis, his family and friends have raised more than £18,000 through a number of fundraising challenges for Brain Tumour Research.

Linda said: “This is so important because research into brain tumours is so under-funded. Something has got to change. It’s shocking that the standard of care for brain tumours has been the same for the last 20 years.

“Andi gave it a good fight. I’m going to miss him terribly, but he is in a better place now.”