Couple preparing for “last Christmas” together 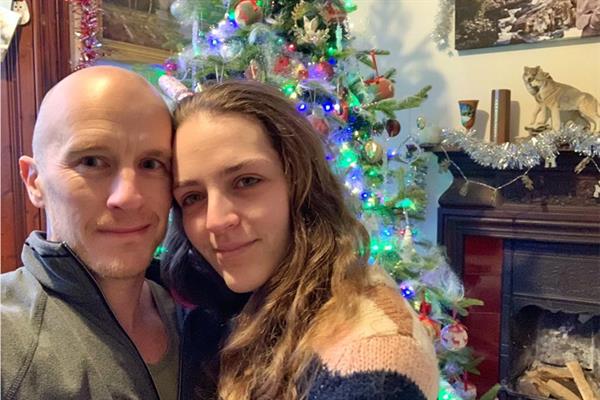 A husband and wife are preparing to spend their “last Christmas” together after a devastating brain tumour diagnosis.

Dan Potts and his wife Liah are crowdfunding for Brain Tumour Research to raise awareness of the disease. It’s after Dan was diagnosed with a glioblastoma (GBM) last December.

“We think this Christmas may be our last together, so we just want to have Christmas dinner and spend some quality time together,” said Dan. “We both love Christmas, but we were apart last year because I was in intensive care so Christmas was cancelled. It’s tough but we’re both facing this head-on and trying to be as positive as possible.”

Dan started getting headaches and weakness down the right side of his body in December 2018. After an MRI scan, he was told a pinched nerve was causing the problem. Six months later, the pain had become “unbearable” so Dan had another MRI scan but was again told he had a pinched nerve.

It was only after a third scan in December 2021 that Dan was diagnosed with a GBM. He has undergone a craniotomy, as well as chemotherapy and radiotherapy, and now lives with epilepsy and is on four different types of anti-seizure medication.

Sharing his story in the Metro, Dan said: “There is such a lack of funding and the treatment hasn’t changed in more than 20 years. That has got to change.”

To donate to Dan and Liah’s crowdfunding page, click here. Funds will be divided between Brain Tumour Research, Macmillan and St John’s in Keswick.