Our thoughts are with the family of little Albie today 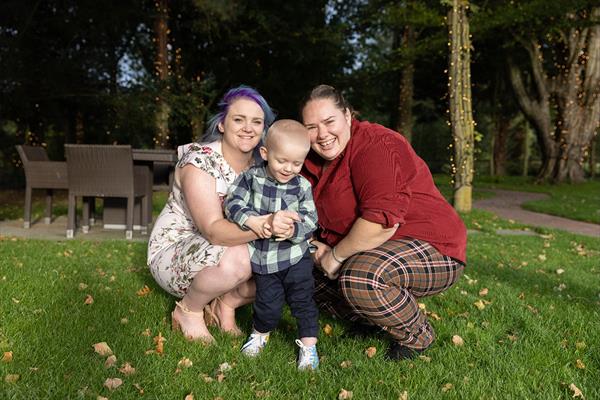 A year ago today (28th November), Albie Bayliss-Watts, the inspiration for our Fundraising Group Albie and Beyond, passed away. He was two years old, having been diagnosed with a rare, aggressive brain tumour, less than a year previously at the age of 20 months.

Albie first suffered a seizure out-of-the-blue and he was referred to neurology. Six weeks later, just before his neurology appointment, Albie started being violently sick which led to his brain tumour diagnosis in December 2020. He underwent surgery and intensive chemotherapy but in October 2021, the agonising news came that his cancer had spread and there was nothing more that could be done.

Hayley said: “Albie was such a resilient child that you never knew he was poorly. Even in the really awful times, he always had a smile and would do things to try and cheer us up.”

Lauren added: “Albie was always cheeky and smiley, almost from when he was born. From that first moment we were besotted.”

Since setting up Albie and Beyond and getting behind campaigns like Wear A Hat Day and Walk of Hope, as well as organising fundraisers such as brave the shave and a skydive, the Fundraising Group led by Lauren and Hayley has raised an incredible £30,000 – an amazing legacy for Albie and enough to sponsor almost 11 days of research to bring about better outcomes for brain tumour patients.

Our thoughts are with Lauren and Hayley especially on this most difficult of days and we thank them for all they do in his memory.

To donate to Albie and Beyond in Albie’s memory go to www.justgiving.com/campaign/AlbieandBeyond