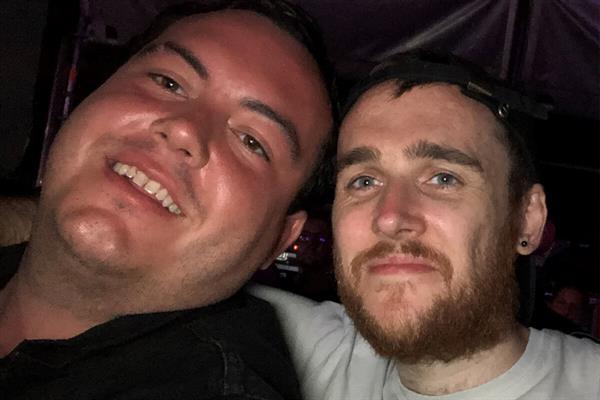 Friends who died of brain tumours are the inspiration for a new song from American rock band, The Dangerous Summer.

Sean was diagnosed with a glioblastoma (GBM) in August 2016. He underwent three brain surgeries, chemotherapy and radiotherapy, but died in September 2018, just three months after marrying his long-term partner Laura. He was just 29 years old.

Following his death, Sean’s family have supported Brain Tumour Research with fundraising activities including taking part in our Wear A Hat Day with Flowers and Do Lunch! campaigns. Last year, his dad Bernard completed a 200-mile walk carrying Sean’s ashes.

Amanda was diagnosed with breast cancer in 2020 and it spread to her brain as secondary cancer. She was 32 when she died in September.

Describing his friendship with Sean, AJ said: “It feels like the world is missing an incredible human being, an incredibly sweet and intelligent soul. I love him so much and there is a hole there that will always exist.

“Sean was a bright light, and his memory will live on in our hearts and minds forever.”

Jo Crossey, Sean’s mum, said: “We’re very proud and honoured that Sean has been remembered in this way. It’s yet another reminder of how much he touched people’s lives.”

The Dangerous Summer’s UK tour starts in Birmingham today and finishes in London on 5th October. Find out more at www.thedangeroussummer.us