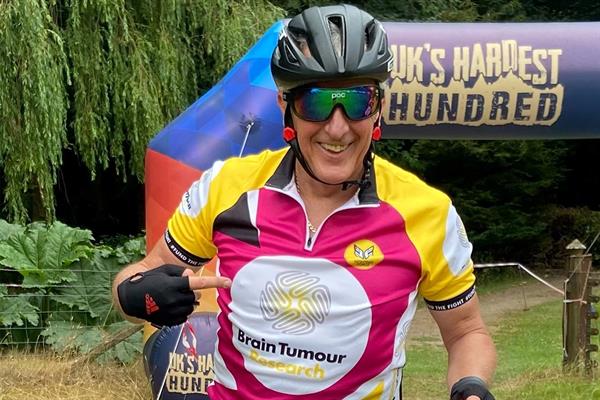 A bus driver will swap four wheels for two when he takes part in an epic international cycling challenge to raise funds for Brain Tumour Research.

Next Wednesday (14th September), Jason Price will embark on a London to Paris cycle ride which will see him pedal 300 miles in just four days. He will be joined by his former partner’s son, Nick May.

It’s inspired by his mum Janette Price who was diagnosed with a glioblastoma (GBM) in August 2012 after suffering with muscle rigidity and shaking in her arms. She was given a prognosis of three to six months with chemotherapy but suffered a stroke after a biopsy and never fully recovered. Janette died in a hospice in December 2012, aged 68.

Jason, who has cycled up to 100 miles previously, said: “The amount of funding brain tumour research gets is ridiculous, just 1% of the national spend on cancer research, despite the fact brain tumours kill more children and adults under the age of 40 than any other cancer.

“Mum was the sort of person who would do anything for anyone and what she went through because of her brain tumour was horrible so, if there’s a cure out there, I want us to find it.”