Bikers4Brains back vital research to find a cure 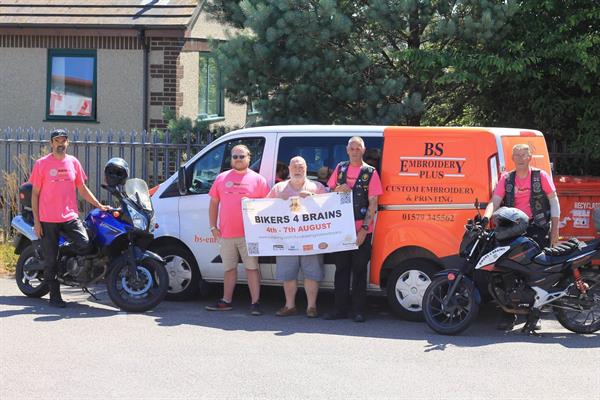 A biker from Devon has set off on the ride of a lifetime which will see him cover 1,100 miles in three days to raise funds for Brain Tumour Research.

Stuart Morrissey began his epic journey today, taking to the roads on his 125-cc motorcycle following a route on which he will stop off at 14 of the country’s vehicle museums along the way.

The challenge is inspired by Christine Griffiths who was 66 when she died from an aggressive brain tumour.

Christine first noticed a change in her vision in 2008 when an MRI scan showed no cause for concern. Ten years later, when her double vision returned, a second scan revealed the devastating news of a mass on her brain.

Surgery removed part of the mass, which was growing on Christine’s brain stem, however she was left blind and deaf on one side. She was given six weeks of gruelling radiotherapy, but the tumour was too aggressive and she died in February 2021.

Stuart, who lives with a spinal condition has ‘battled against all the odds’ and since 2004 has raised close to £100,000 for UK charities.

He will be accompanied on the ride by friends, Paul Brady and Shaun Harley who will be filming the epic challenge. More than 60 motorcyclists are set to join Stuart for the last leg of his tour which will finish at BS Embroidery in Liskeard, the factory set up by Christine and her husband Paul.

Paul said: “Christine always wanted to ride route 66 in America so this seemed like a fitting tribute.

“I’m grateful for Stuart agreeing to take on this challenge in memory of Christine. My hope is that it will raise awareness of the devastation brain tumours cause and raise money to help fund research to find a cure.”