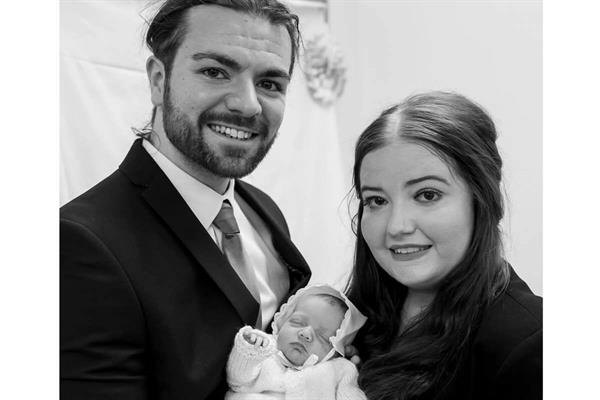 A woman who was diagnosed with an incurable brain tumour whilst pregnant is sharing her story to raise awareness.

Laura Elizabeth Mahon, 29, was diagnosed with a glioblastoma multiforme (GBM) when she was 20 weeks pregnant in September 2021. As Laura became increasingly unwell, she and partner Danny decided to bring their daughter into the world at 30 weeks.

An MRI scan just days after Sienna was born revealed Laura’s tumour had nearly doubled in size and she was told that it was now inoperable. A biopsy removed around 20% of the tumour and delivered the devastating news that it was a GBM.

At the start of April, an MRI scan showed that the tumour had stabilised, and had even shrunk a bit.

Laura, who has shared her story in the Daily Mail to raise awareness, said: “That was such a massive relief, and it was so nice to hear something positive.

“Right now, we’re trying to get out and do nice things to make memories together, but I need to take each day as it comes. It’s hard at times and I just break down and cry. But Sienna’s lung has repaired itself and she is completely fine now.

“I see others with GBMs who manage to live longer, so I am clinging to the idea that I might be one of those people. I’m fighting as hard as I can and I’m staying strong for my family.”