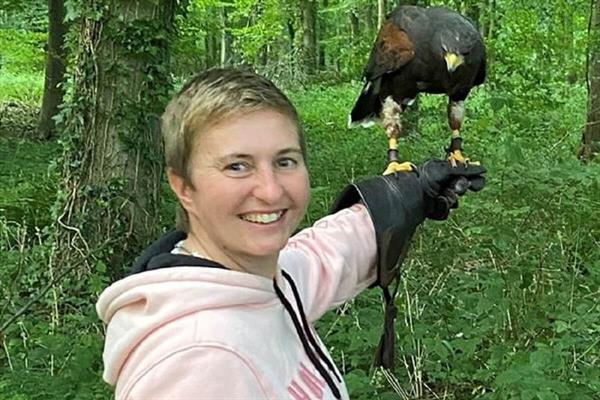 We are saddened to share the news that Jenny Weller has passed away.

The news was announced on Facebook, where Jenny’s stepson Paul wrote: “It is with such sadness that we need to make everyone aware that our Jen passed away at 2:10 this morning, peacefully in her sleep with Steve beside her. What an inspiration and brave woman she was to put up such an incredible fight.

“Jen has touched so many of our lives and she was loved by so many. Dad would like to thank everyone for the ongoing love and support we have received.”

Jenny was 35 when she was diagnosed with a primary tumour in her lung and five secondary tumours in her brain, as well as others in her neck and pelvis, in September 2020.

She underwent a craniotomy to remove the largest of her brain tumours and used targeted drug therapy to try and slow the growth of her others but progression saw her undergo a three-week course of radiotherapy last year and in December she revealed she had developed a further nine brain tumours.

Sadly, Jenny’s health continued to deteriorate and she died in a hospice in the early hours of this morning, with her husband, Steve, by her side.

Charlie Allsebrook, Community Development Manager for Brain Tumour Research, said: “Jen was a truly inspirational woman and a passionate Brain Tumour Research campaigner who worked tirelessly and courageously to help raise awareness of this devastating disease, as well as to raise funds for research.

“The sad news of her death has had a huge impact on those of us at Brain Tumour Research who had the privilege of knowing her and we send our condolences to Steve, Paul and everyone who loved her, of which we know there are many. Jen’s legacy will remain with us and will drive us on to find a cure for brain tumours.”