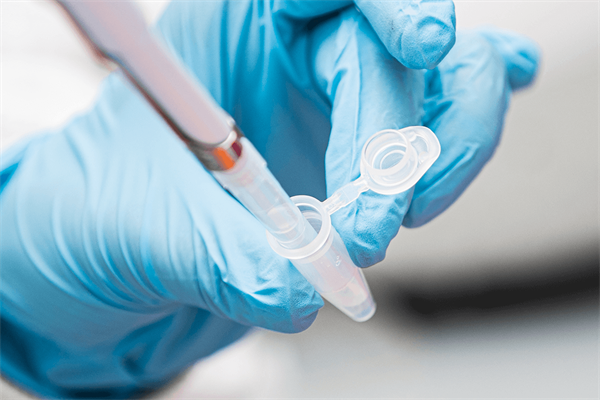 The critical role of genomic profiling in diagnosing and grading brain tumours has been underscored in a study where brain tumour patients survived for longer when they were treated aggressively with surgery, radiation and chemotherapy

This new, more accurate diagnosis comes from profiling of the DNA alterations that drive tumour growth. All patients underwent genomic sequencing using the UCSF500 Cancer Gene Panel and were offered treatment consistent with a conventional glioblastoma. The length of their survival was compared with a retrospective cohort of 130 glioblastoma patients whose treatment regimens were more conservative, in line with the previous tumour classification. The first group of patients survived an average of 24 months, while the second group survived an average of 16 months.

The researchers reported their study in Neuro-Oncology

In a paper published in Nature Cancer, scientists have discovered that Diffuse Midline Gliomas (DMG) tumours are uniquely dependent on methionine – an amino acid that humans must receive from food. Developing drugs that specifically target methionine-processing machinery in cancerous cells in the brain but not in the rest of the body might pave way for new non-invasive treatments meaning that methionine restriction may improve the paediatric diagnosis of aggressive DMG tumours.

Brain Tumour Research is welcoming bright young minds to its pioneering research team at the Centre of Excellence at Queen Mary University of London, where  Alexandra Hadaway, is one of the researchers who has joined Professor Silvia Marino’s team and her research is seeking insights into a subtype of  DMG diffuse intrinsic pontine gliomas (DIPG). Her research focus will be analysing epigenetic regulation within these paediatric tumours, the biological relevance of this epigenetic regulation and how this is important to tumour development.

In the study “Anxiety and depression in patients with intracranial meningioma: a mixed methods analysis” published in BMC Psychology, researchers investigated the mental health burden in patients with meningiomas. Two different groups of patients were studied – those who underwent surgical resection and those under observation. Researchers found that the prevalence of mild to severe symptoms of anxiety was 28.6% amongst patients who had undergone surgical management and 50% for patients being observed.

This paper demonstrates a simple and inexpensive approach to the classification of IDH-mutant glioma.

Supramolecular nanomedicines (NMs) are being increasingly investigated as agents to address the challenge of delivering drugs to a brain tumour site in therapeutic concentration whilst evading the blood–brain barrier (BBB). They do this using their unique characteristics, such as improving the bioavailability of the payloads via controlled pharmacokinetics and pharmacodynamics, BBB crossing functions, superior distribution in the brain tumour site, and tumour-specific drug activation profiles. This is a review, (which must be paid to view),  of nanomedicine based brain tumour targeting approaches to demonstrate their applicability and translation potential from different perspectives.

From the Winkler Lab in Heidelberg comes a paper titled ”Disconnecting multicellular networks in brain tumours” This is part of the abstract;

“Cancer cells can organize and communicate in functional networks. Similarly, to other networks in biology and sociology, these can be highly relevant for growth and resilience. In this perspective, we demonstrate by the example of glioblastomas and other incurable brain tumours how versatile multicellular tumour networks are formed by two classes of long intercellular membrane protrusions: tumour microtubes and tunnelling nanotubes.”