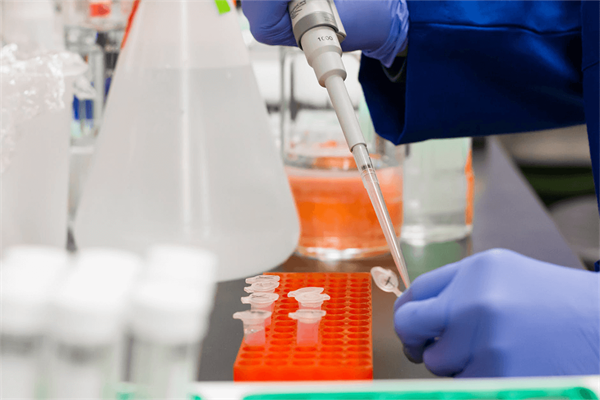 The big UK brain tumour news over Easter was that a landmark brain cancer programme at Addenbrooke's could help revolutionise NHS treatment. As part of the 'Minderoo Precision Brain Tumour Programme' around 225 NHS glioblastoma patients will be offered a more detailed diagnosis and tailored treatment plan, based on genetic sequencing results turned around within ten days.

Scientists have found a novel cause of aggressive paediatric brain cancer. The St. Jude Children's Research Hospital study is the first to document how a transposon, a piece of DNA that "jumps" around the genome, can donate its promoter to drive the expression of an oncogene. The work was published recently in Acta Neuropathologica.

A newly published study from the research team at Oncologica, the world-leading genetic cancer testing laboratory based in Cambridge, explains how their genetic sequencing research into predictive glioblastoma biomarkers can empower patients and doctors with DNA blueprints to make better targeted therapy decisions. In the study Oncologica shows how semiconductor biomarker sequencing can be used to accurately screen the fragmented DNA and RNA from routine glioblastoma biopsy/resection samples. This enables comprehensive DNA profiling to be undertaken in the routine initial diagnostic workflow to link detected mutations to a broad range of potential genomic targeted therapies and immunotherapies, rather than wait to see if standard treatments fail to control the disease. You can access the published paper on PLOS ONE

A US start-up wants to send tiny injectable robots into human brains to fight cancer The US Food and Drug Administration (FDA) last year granted Bionaut Labs approvals that pave the way for clinical trials to treat Dandy-Walker Syndrome, as well as malignant gliomas. In the latter case, the micro-robots will be used to inject anti-cancer drugs directly into brain tumours in a "surgical strike."

Younger patients with diffuse midline glioma experienced prolonged clinical improvement after receiving an investigational chimeric antigen receptor T-cell therapy, study results have shown. Updated phase 1 trial data presented at the American Association for Cancer Research Annual Meeting showed patients experienced periods of radiographic and clinical improvement after receiving multiple doses of the treatment. It is one of the first CAR T-cell therapies to show a durable benefit in multiple patients with solid tumours, according to the investigators.

A nanocapsule that delivers the gene-editing tool CRISPR to the brain could be used to treat glioblastoma. In mouse models tests the technique halted tumour growth and extended lifespan. CRISPR is a tool for adding, removing, or altering genetic material inside cells, and has great promise for treating some conditions. It is accurate and cheap compared to other gene-editing methods, but it is currently difficult to use in the brain. Now, Yan Zou at the Henan-Macquarie University Joint Centre for Biomedical Innovation in China and colleagues have designed this new kind of nanocapsule that was able to cross this barrier and deliver CRISPR therapy in mice with brain tumours.

Supramolecular nanomedicines are increasingly demonstrating noteworthy prospects for addressing the challenge of delivering drugs to the brain tumour site in therapeutic concentration whilst evading the blood–brain barrier (BBB). They are doing this utilising their unique characteristics, such as improving the bioavailability of the payloads via controlled pharmacokinetics and pharmacodynamics, BBB crossing functions, superior distribution in the brain tumour site, and tumour-specific drug activation profiles. This is a review, (which must be paid to view),  of nanomedicine based brain tumour targeting approaches to demonstrate their applicability and translation potential from different perspectives.

The critical role of genomic profiling in diagnosing and grading brain tumours has been underscored in a study where patients diagnosed with a type of brain tumour survived for longer when they were treated aggressively with surgery, radiation and chemotherapy The new more accurate diagnosis comes from genomic profiling in which the DNA alterations that drive tumour growth are identified. All patients underwent genomic sequencing using the UCSF500 Cancer Gene Panel and were offered treatment consistent with a conventional glioblastoma. The length of their survival was compared with a retrospective cohort of 130 patients with the same tumour type, whose treatment regimens were more conservative, in line with the previous tumour classification. The first group of patients survived an average of 24 months, while the second group survived an average of 16 months. The researchers reported their study in Neuro-Oncology

Researchers at the University of Freiburg have studied phagocytes that coat the blood vessels in the brain and reinforce the blood-brain barrier. The research team have shown, these cells only mature fully after birth according to a defined step-by-step developmental program. Until now, it had been assumed that this process was completed during embryonic development. Their studies, which were published in Nature were initially carried out on genetically modified mouse lines and were confirmed on human samples.

Martine Roussel, Ph.D., of St. Jude Children’s Research Hospital, has been awarded the 2022 American Association in Cancer Research (AACR) Women in Cancer Research Charlotte Friend Lectureship. Roussel is a member of the St. Jude Department of Tumour Cell Biology and holds the Endowed Chair in Molecular Carcinogenesis. She is being recognized for her pivotal contributions to understanding paediatric brain tumours, particularly medulloblastoma. Her work includes landmark discoveries in molecular oncology, cell cycle control and translational development of treatment strategies for medulloblastoma.

In April last year we were very pleased to report on UK based medulloblastoma research as scientists reported on a new way to starve cancerous brain tumour cells of energy in order to prevent further growth. The findings by Professor Silvia Marino and her team at the Brain Tumour Research Centre of Excellence at Queen Mary University of London could see a breakthrough in the way that children with medulloblastoma are treated in future.

The fourth oral evidence session of the  All-Party Parliamentary Group on Brain Tumours (APPGBT) inquiry ‘Pathway to a Cure – breaking down the barriers’ was held virtually on Tuesday. Previous sessions have heard witnesses representing the NCRI and Tessa Jowell Brain Cancer Mission, those involved in clinical brain tumour research and those with a lab-based focus. On Tuesday, the panel members heard from the paediatric brain tumour community.

A wide range of topics was discussed ranging from the accessing and availability of clinical trials to brain injury and rehabilitation. The next inquiry session, to be held in a month’s time, will focus on the role industry has and could have. The inquiry report will be delivered in early 2023. Later the same day at Westminster a powerful debate highlighted childhood brain cancer outcomes took place.

Brain Tumour Research is a campaigning, as well as a research funding, charity and in tandem with updating on research developments at our centres we are proud of the campaigning work we undertake to increase the UK investment in brain tumour research.