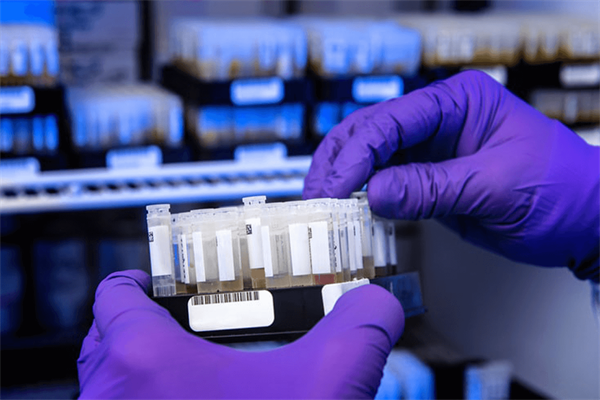 Our Director of Research, Dr Karen Noble has been working with Professor Silvia Marino to produce this summary of the latest paper to be published from our Queen Mary University of London Research Centre which focuses on their Medulloblastoma research.

Research has shown there is a molecularly defined group of medulloblastoma (MB) patients who could benefit from use of combination treatment with inhibitors, which are currently used singularly for other brain tumours. The Marino team’s paper shows the therapeutic potential of these dual treatments in preclinical models thereby opening the door to clinical investigation in that specific group of patients.

BMI1 is highly expressed in Group 4 MB. It is a polycomb-group protein involved in regulation of fate determination and proliferation of normal stem cells, including neural stem cells. Deregulated BMI1 function sustains tumour maintenance and progression and is often upregulated in a variety of tumours, including DIPG and MB. CHD7(ATP-dependent chromatin remodeller) levels are also significant. When low, and combined with high BMI1, G4 MB patients have a poor prognosis due to sustained tumour growth.

In addition, many molecular pathways that support tumour growth converge on the mitogen-activated protein kinase (MAPK) extracellular regulated kinase (ERK) signalling. Uncontrolled activation of MAPK/ERK has been described in MB and in this paper, it has been reported that CHD7 appears to contribute to BMI1 binding to MAPK-regulated genes.

The authors show that MB cells with high expression of BMI1, and low CHD7, are vulnerable to a combination treatment of BMI1 (PTC-209) and MAPK/ERK (PD325901) inhibitors resulting in a significantly extended survival. Initial results indicate that the non-cancer cells in the brain are not affected by the treatment.

This study has shown the synergistic efficacy of targeting BMI1 and MAPK/ERK in combination and that the dual treatment evades acquired resistance to both single and combined treatments.

This paper is titled ‘Combination of BMI1 and MAPK/ERK inhibitors is effective in medulloblastoma.’ and is published in Neuro-oncology

The ongoing debate of whether use of cellular telephones increases the risk of developing a brain tumour was recently fuelled by the launch of the fifth generation of wireless technologies. This update is a follow-up of a large-scale prospective study on the association between cellular telephone use and brain tumours the ‘ Cellular Telephone Use and the Risk of Brain Tumours: Update of the UK Million Women Study’ . The findings support the accumulating evidence that cellular telephone use under usual conditions does not increase brain tumour incidence.

In research findings in the Journal of Neuro-Oncology a researcher has found that the youngest patients with brain tumours – those ages birth to 3 months – have about half the five-year survival rate as children ages 1 to 19.

In this article Maxine Smeaton, Chief Executive of Epilepsy Research UK delves into the common yet complex connections between brain tumours and seizures.

Findings suggest liquid biopsy using cerebrospinal fluid may be a potential method for diagnosing medulloblastoma and detecting tumour recurrences. A description of these findings has been published in the journal Acta Neuropathologica Communications.

A paper published in the journal  Scientific Reports, shows that patients given focused radiation therapy (as opposed to radiation therapy to the whole brain) – at least one day prior to surgery – followed by resection, yielded very high disease control rates.

A research team has identified two blood-based biomarkers for detecting gliomas. The team analysed blood samples from individuals with gliomas and identified two surface proteins on immune cells in the blood; there was a high correlation between the levels of the proteins in the blood and the progression of the tumour. The team collected samples of tumour and blood from patients with grade 3 and 4 gliomas and compared the number of monocytes and neutrophils. Examining the composition of surface proteins in these tumours, they found that one type of monocyte, called M2, was present in higher quantities. They knew from earlier studies that a high level of M2 monocyte means suppression of immune responses. The researchers also found that two surface proteins on neutrophils and monocytes (CD86 and CD63) were present in large numbers in both blood and tumour samples.