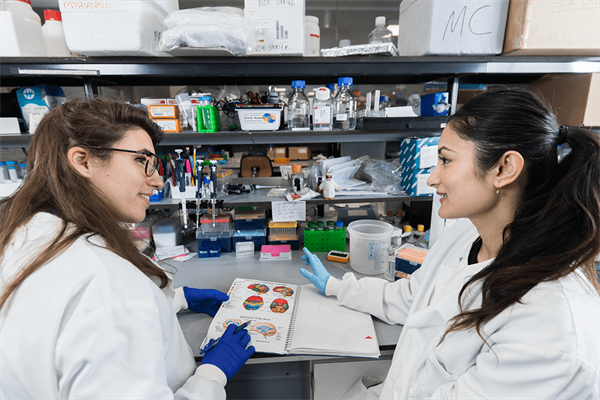 As we come to the end of British science week Director of Research, Policy and Innovation at Brain Tumour Research, Dr Karen Noble, shares an insight into the impact of the research the charity is funding at its UK Centres of Excellence and the pioneering discoveries being made.

This update from Dr Noble is given even greater topicality this week as news emerges that fewer new cancer research projects have been funded during the pandemic.

BNOS Council invites nominations for a young researcher who has made an outstanding contribution to the field of neuro-oncology in the UK. The recipient of BNOS Young Investigator Award (YIA) 2022 will be invited to speak during a dedicated session at the BNOS online meeting, for which their conference fees will be waived. In addition, the recipient will receive an award of £2,000 to attend one (or more) other neuro-oncology conference in the year of the award.

Brain Tumour Research is a proud joint sponsor of this award.

Researchers have explored whether adding temozolomide to radiotherapy improves outcome in patients with IDH1/2wt anaplastic astrocytomas with molecular features of glioblastoma. Their conclusions are that in their cohort of patients with glioblastoma, IDH-wildtype temozolomide treatment did not add benefit beyond that observed from radiotherapy, regardless of MGMT promoter status.

IQ-AI Limited has opened its Phase I clinical trial for oral gallium maltolate (GaM) for enrolment. This Phase I dose-escalation study is designed to determine the optimal dose of GaM that can be administered safely. It is the first-in-human clinical trial for an oral form of GaM to be used in patients with high-grade brain tumours.

Despite early successes with CAR-T cell therapies the effectiveness of the treatment tends to diminish over time, and this has launched a search for ways to boost the function of T cells. Yale scientists have identified a way to "supercharge" tumour-attacking T cells, a finding that may not only improve the effectiveness of a promising type of cell-based cancer immunotherapy but also expand the number of cancers it can treat. There are currently no approved CAR-T cell therapies to treat solid tumours – like brain tumours.The Yale findings are published in Cell Metabolism.

A new trial advances basic science research on the relationship between purine levels and treatment resistance and aims to develop new treatment options for brain tumour patients. Purines, the metabolites that are the building blocks of DNA, were found to be high in the brain tumours that were most resistant to radiation. When more purines were added into a glioblastoma cell the cells became more resistant to radiation. If purine levels were decreased the tumour became more sensitive to radiation. This led researchers to conclude that not only were high purines associated with treatment resistance, but they also caused this resistance.

In wider neuroscience news a new study, published in the journal ‘ Cell Reports’, records how researchers have looked at oligodendrocytes in the brain and spinal cord that produce myelin, which protects nerve cells and allows them to work properly. The scientists discovered that oligodendrocyte cells in the brain are distinct from oligodendrocytes in the spinal cord in a fundamental way–their metabolic processes, the essential chemical reactions that power them, are completely different. This could help researchers find ways to boost, protect or restore myelin production depending on the types of cells they are targeting.

This week was the oral evidence session for clinicians conducting research as part of the APPGBT inquiry – ‘Pathway to a Cure’. Next week the witnesses will be those with a basic science focus. To keep up to date with this vital inquiry follow us on Twitter, keep an eye on our Latest News page or you could sign up to my campaigning emails (see previous public affairs blogs here) which, like this one, are sent out on Friday mornings – email me – hugh@braintumourresearch.org  and I will add you to the list.