Remembering Danny and his legacy on his 21st birthday 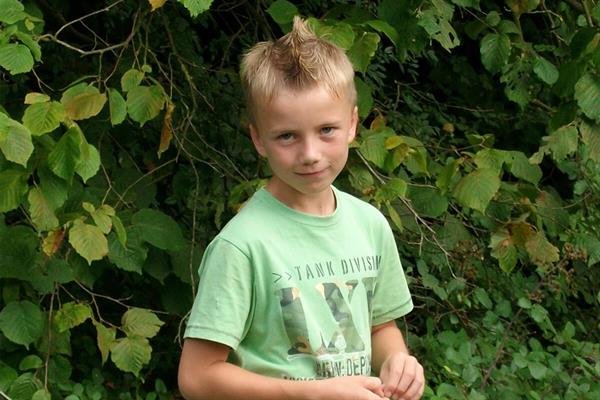 Danny Green should have been 21 today and we are thinking about his family, especially his parents Lisa and Chris and sister Hollie as they mark this significant occasion without him.

Schools and businesses are also honouring Danny’s special day, including the infant and junior schools which he attended.

Danny was a fit, sporty 10-year-old when he first felt dizzy while playing football. He then started suffering with severe headaches and feeling sick. A week later Danny was diagnosed with a medulloblastoma brain tumour after collapsing in a hospital toilet. He underwent six operations and endless cycles of chemotherapy. Surgery to remove the brain tumour left Danny with Posterior Fossa Syndrome (PFS) which meant he was unable to communicate, move unaided, hold his head up, balance or walk.

Since Danny passed away, aged 11, following a nine-month battle with brain cancer, the family set up The Danny Green Fund, a Member Charity of Brain Tumour Research, which has raised more than £750,000 over 10 years. This extraordinary sum has helped sponsor the equivalent of 30 days of research at our Centres of Excellence, as well as helped around 40 families with a child suffering from PFS.

Danny’s mum, Lisa said: “After losing Danny, we wanted his life to make a difference and know that he hadn’t died in vain.

“It has been lovely to be able to offer these families hope and to know that 30 days of research has been sponsored in Danny’s name, giving us comfort as a family as well as something to focus on over the last 10 years.”

As well as all the fundraising, Danny’s family have campaigned with us, attending events at Westminster, and have, of course, visited our Centres of Excellence, where they have undertaken tours of the labs and placed tiles on the Wall of Hope in Danny’s memory.

Danny will forever be in our hearts.