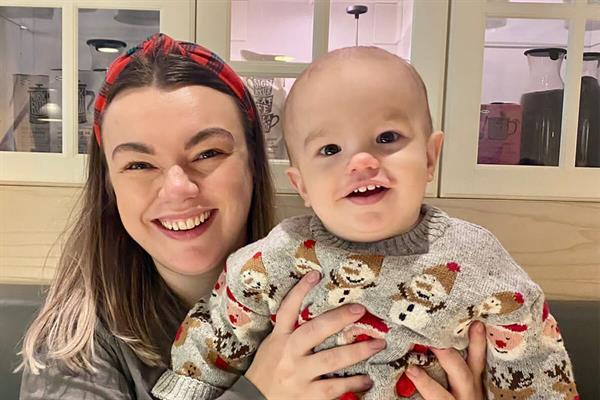 A mum is preparing to step up for a fundraising challenge inspired by her 16-month-old son’s brain tumour battle.

Jess Shears is taking part in our 10,000 Steps a Day in February Challenge after her son Albie was diagnosed with a choroid plexus brain tumour. Jess and her partner Sam first realised something was wrong in July 2021, when Albie lost lots of weight and became less active. In October, Albie was sent for a scan which revealed a 6cm tumour after a consultant asked his parents: “Has his head always been big?”

Albie underwent surgery to remove the tumour, during which he suffered seizures and lost the use of his left-hand side – although intensive physio has helped him recover. Albie is now walking and an MRI scan at the end of this month will show whether or not all of the tumour has been removed.

Jess has already raised nearly £500 on her Facebook fundraiser and has shared Albie’s story in the media, reaching millions to help raise awareness.

She said: “It’s so important to me to raise money for Brain Tumour Research so that more can be known about the tumours and their causes. I want to help fund research into pioneering treatments like the embolising of the tumour Albie had prior to its removal, which ultimately saved his life.”

There’s just a week to go until thousands of supporters, like Jess, start their 10,000 steps challenges. You can still join them and take part by becoming part of our friendly Facebook Group here and following the three simple steps to get started.