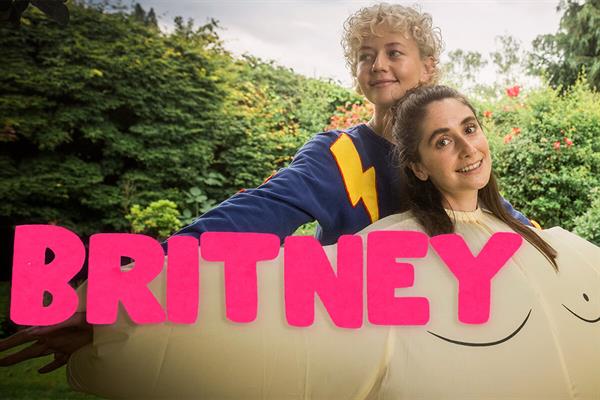 A brain tumour survivor and her best friend are starring in a new BBC Three comedy show about living with a brain tumour diagnosis.

Written by and starring Charly Clive and Ellen Robertson, Britney is the true story of an extraordinary friendship amidst the reality of living with the disease.

In 2016, Charly (pictured right) was diagnosed with a large pituitary adenoma, a tumour the size of a golf ball, behind her left eye. She underwent surgery to remove the tumour, which she named Britney after the popstar, but a small amount was left behind because it was too close to a crucial artery. In 2018, Charly had radiotherapy after doctors found that the tumour was growing back at an accelerated rate.

Britney is based on the sell-out live show the pair wrote about the ordeal, which debuted at the Edinburgh Fringe Festival, just four months after Britney the tumour was removed.

Charly has previously supported Wear A Hat Day and said she was “delighted” to be part of the campaign: “Everybody's brain tumour story is different but we can all come together as one voice by wearing hats, raising awareness and donating money to Brain Tumour Research.”

You can watch Britney on BBC Three today: www.bbc.co.uk/tv/bbcthree