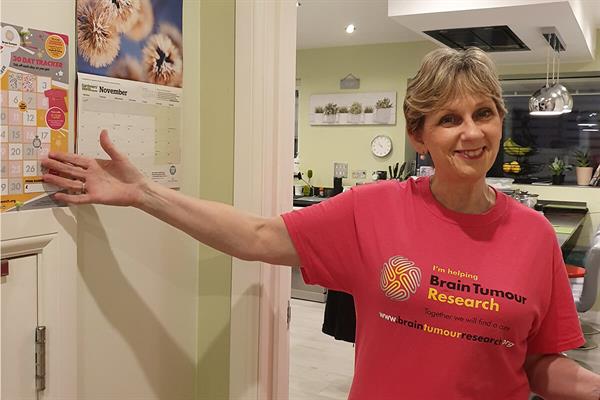 A woman who survived a brain tumour having lost her niece to the disease is taking part in our 100 Star Jumps a Day in November Challenge to help find a cure.

Deirdre Jackson, 58, was diagnosed with a meningioma in 2008, after she began experiencing symptoms including headaches and fatigue. She underwent surgery which successfully removed the tumour and surgeons told her that it had probably been growing for 10 years.

Her diagnosis came after she lost her niece Joanne Ellis to the disease. Joanne, a fit and healthy individual before her shock diagnosis, was operated on but surgeons were unable to remove the whole tumour. Devastatingly, the tumour grew back and Joanne underwent further surgery and lost her sight.

Deirdre said: “Joanne’s mum, Diane, has never recovered from the death of her daughter, so I’m taking on the star jumps challenge to raise money so other people don’t go through what she has been through.”

Deirdre has raised nearly £500 on her Facebook fundraiser and has shared her story to help raise awareness of brain tumours.

To support her star jumping efforts with a donation, click here.