Accelerating progress, national news and a GBM link with Autism 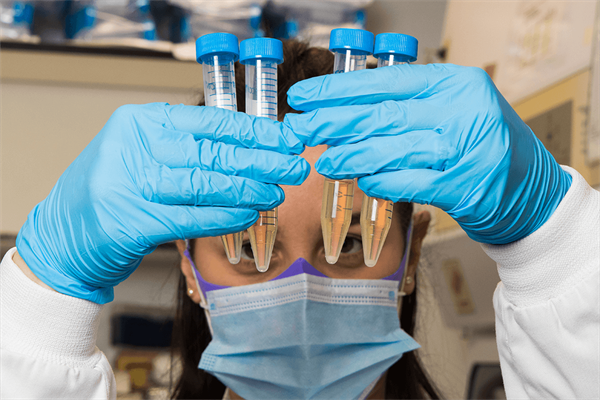 The focus of the workshop was on clinical trial readiness for paediatric central nervous system (CNS) drug delivery with challenges being discussed including: a lack of specific funding for prototype development and/or scale-up for clinical trials; difficulties in navigating the regulatory landscape; lack of accurate preclinical models; the increased need for multi-centric working and the need for consensus on repurposed drug candidates to incorporate into delivery systems.

A welcome video clip from Derek Thomas MP, Chair of the APPG on Brain Tumours (APPGBT) was shown to attendees at the beginning of the event and Derek made clear his interest in novel drug delivery and his passion to improve outcomes for paediatric brain tumour patients. He mentioned that this would form key points of focus of the APPGBT’s recently announced inquiry – ‘Pathway to a Cure – breaking down the barriers’. The alliance of politicians, funders, charities and researchers can only be a positive movement toward real progress and although these research updates rarely begin with a focus on conferences attended this did seem a particularly positive event.

A team of scientists and doctors at the Institute of Cancer Research (ICR), London, has found that using a skin cancer drug and a blood cancer drug together could be effective in combating DIPG. In the new research, lab tests found the combination of two existing cancer drugs – dasatinib for leukaemia and trametinib for melanoma – slowed the growth of DIPG tumours. The treatments are known as MEK inhibitors.

The research paper can be accessed in the journal Cancer Discovery.

Announced at the NCRI Research Festival that was running this week was a study, the first of its kind in the UK, looking at the impact of ethnicity on brain tumour survival.

The full release on this study is available on the NCRI website.

In a proof-of-concept, randomised clinical trial treatment with arginine, one of the amino-acid building blocks of proteins, enhanced the effectiveness of radiation therapy in cancer patients with brain metastases. Arginine, which can be delivered in oral form, was administered prior to standard radiation therapy in 31 patients who had brain metastases. Nearly 78 percent had a complete or partial response in their brain tumours over the follow-up period of up to four years, while only 22% of the 32 patients who received a placebo prior to radiotherapy had such a response. The trial was designed to gauge the effectiveness of arginine as a "radiosensitiser" that enhances the effects of radiation treatment. However, the results, and arginine's apparent mechanism of action, suggest that the amino acid might be useful more broadly as an anticancer therapy.

The study was published in Science Advances.

The research team at our Imperial College London centre led by Dr. Nelofer Syed has a strong track record in studying the nutrients used in brain tumour metabolism, and were the first to identify the fact that arginine (an amino acid, one of the building blocks of protein) is used differently by brain cancer cells compared to healthy brain cells, and that by manipulating the relevant metabolic pathways, arginine levels could be used to influence tumour growth.

Isocitrate dehydrogenase (IDH) mutations are common genetic abnormalities in glioma, which result in the accumulation of an “oncometabolite”, D-2-hydroxyglutarate (D-2-HG).This review , in the journal Cells, discusses the current understanding of D-2-HG in cancer biology, as well as the emerging opportunities in therapeutics in IDH-mutated glioma.

In accordance with the blueprint contained in our DNA, human cells produce proteins that perform specific functions. An essential step in this process is the reading of the DNA and the transcription of the information into mRNA. A study has now shown that a specific protein, PHF3, plays an important role in transcription: its binding to the enzyme RNA polymerase II (POL II) modulates the reading process. PHF3 binds to POL II via a specific site on its surface called the SPOC domain. If SPOC is defective or absent, PHF3 cannot bind, and neuronal production defects occur. A recent study has concluded that this could be one of the causes of autism and of glioblastoma (GMB)

The study has now been published in Nature Communications.