Family marks five years since loss of husband and dad 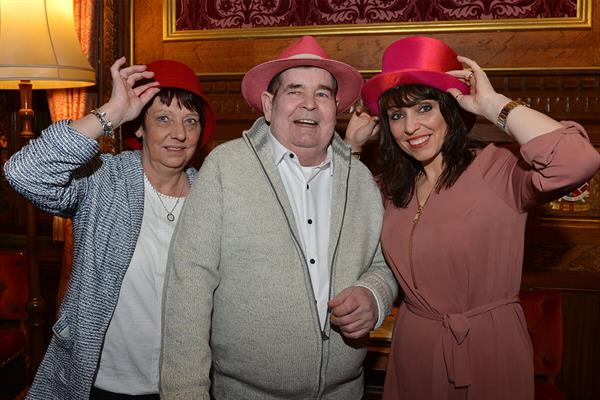 Our thoughts are with the loved one of Chris Todd on the fifth anniversary of his death from a brain tumour.

Chris was 63 when he was diagnosed with a glioblastoma multiforme (GBM) after suffering violent headaches and stroke-like symptoms. He underwent surgery, radiotherapy and chemotherapy, but tragically passed away on 6th November 2016.

Vicky set up In Chris’ Memory, a Fundraising Group which was officially launched on the first anniversary of losing her dad. To date, along with support from her mum Audrey and brother Karl, as well as friends and supporters, In Chris’ Memory has raised around £32,000 to sponsor vital research, including funds raised by Chris himself before he passed away.

Vicky, pictured right with Chris and Audrey, said: “I still miss Dad terribly – he was such a fun-loving person, always playing tricks and getting everyone laughing. We had such good times with him. He was in high spirits up until a few weeks before his death and even in the midst of his palliative care he had the nurses laughing too!

“We launched In Chris’ Memory to raise awareness and funds for research so that good can come out of Dad’s death.

“We wouldn’t have got through the last few years without the support of Brain Tumour Research and were delighted to hear that scientists at the charity’s Centre of Excellence at Queen Mary University of London announced last month they had made a breakthrough in their research into GBM brain tumours. This will bring hope to other families who have a loved one diagnosed with this type of cancer – hope that we didn’t have because we knew his diagnosis was a death sentence.”

We are thinking of all Chris’ loved ones today.

To donate to In Chris’ Memory on the fifth anniversary, please visit: www.justgiving.com/fundraising/inchrismemory