Sister’s hope to sponsor a day of research 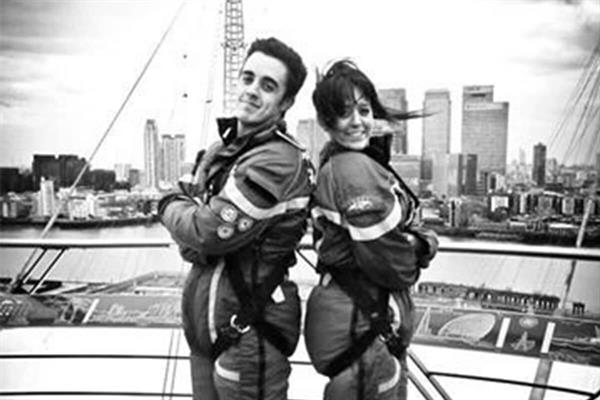 A woman is marking what should’ve been her younger brother’s 32nd birthday next month by raising funds to help find a cure for the disease which killed him.

Kimberlei Brown is hoping to raise enough to sponsor a day of research in memory of her brother Josh by his birthday on 15th November.

Josh, pictured left with Kimberlei, was diagnosed with a pilocytic astrocytoma in 2015. Despite surgery, the brain tumour reoccurred and Josh underwent Gamma Knife surgery, and later chemotherapy when it was found that the radiotherapy hadn’t helped. Sadly Josh died on 14th March 2019.

Kimberlei, who set up the Fighting for a Cure Fundraising Group, will be kicking off her fundraising with a 10km run around Alton Towers on 13th November. She describes the challenge as a “perfect” way to honour her fitness-loving brother. On the same day, the second annual Joshy Brown Memorial Battle Royale organised by Pro Wrestling 4 U will take place, with proceeds from ticket sales going to Brain Tumour Research.

Kim said: “I miss my little brother terribly, but I am comforted he fitted such a lot into his short years of life. He’s still top of my phone’s speed dial and every day I see his name it’s a reminder to live life to the max, be bold, strong and beautiful in mind, body and spirit, just as Josh did.

“It would be amazing to raise enough to sponsor at least one day of research and would be such a fitting tribute to Josh on his birthday just two days later on 15th November.”

To help Kimberlei reach her £2,740 target, please donate via the Fighting for a Cure JustGiving page.

You can also text CURE to 70560 to donate £5 to Brain Tumour Research. Texts cost £5 plus one standard rate message.