Supporters take to the airwaves 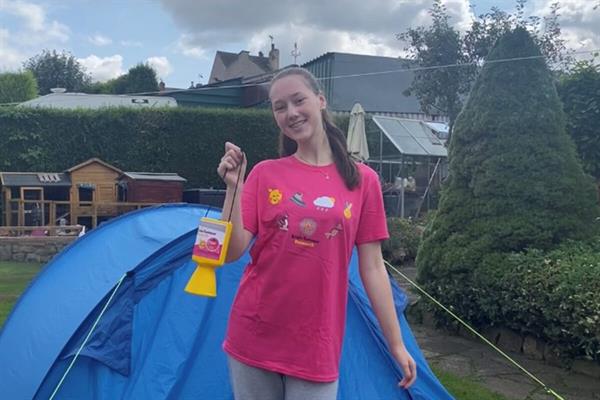 A patient writing poetry, a fantastic fundraising teenager and a desert ultramarathon runner have spoken on their local radio stations to help raise awareness of brain tumours.

Paul King, known to his friends as Dixie, was diagnosed with a glioblastoma multiforme (GBM) in September 2019. He has written a collection of poetry which he is selling to raise funds for Brain Tumour Research. Alongside his daughter Sophie, Paul spoke on BBC Three Counties Radio about being taken off all treatment and facing his final months. During the moving interview, presenter Roberto Perone described Brain Tumour Research as “a great charity”. Listen here from three hours and 33 minutes.

Meanwhile, Stephen Feeney has just completed a desert ultramarathon as part of a team raising funds for Brain Tumour Research. The challenge was organised by Luke Lambert, who lost his mum to a brain tumour in 2019 and saw the group of seven friends covering 250km in the Jordanian desert in just five days. Speaking to BBC Radio Ulster, Stephen spoke about the challenges the team faced in the desert and how the team has raised more than £20,000 so far. Listen here from two hours and 25 minutes.