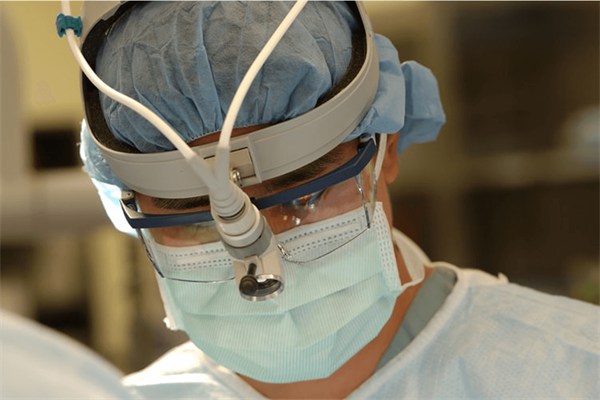 New research has profiled in unprecedented detail thousands of individual cells sampled from patients' brain tumours. They used advanced techniques to record gene mutations, gene activity and gene-activity-programming marks on DNA called methylations, within individual tumour cells sampled from patients with gliomas. They mapped distinct tumour cell behaviours or "states" in gliomas, and identified key programming marks that appear to shift glioma cells from one state to another. These programming marks, in principle, could be targeted with future drugs. The role of epigenetics in the development of brain tumours is a strong focus of our Research Centre at QMUL, leading to key publications earlier this year in medulloblastoma and glioblastoma.

The research was reported in Nature Genetics

Researchers have found that a common mutation in gliomas sensitises them to immunotherapy and that this could have broader therapeutic implications for all glioma patients. The mutation of a single amino acid from arginine to histidine in a subset of these brain tumours sensitises them to treatment with immune-stimulating therapy, to which they would otherwise be largely resistant. Having discovered this sensitivity and mapped the underlying mechanisms, the research team identified a blood growth factor secreted by tumours harbouring the mutation that holds promise for making treatments against gliomas more effective.

The research was reported in Science Advances.

The research team at our Imperial College London research centre, led by Dr Nelofer Syed, has a strong track record in studying the nutrients used in brain tumour metabolism, and were the first to identify the fact that arginine is used differently by brain cancer cells compared to healthy brain cells, and that by manipulating the relevant metabolic pathways, arginine levels could be used to influence tumour growth.

Imagine a cell with specially equipped potent balloons that pop when placed near an ultrasound beam—killing surrounding cancer cells in its wake. Key to this operation are tiny protein bubbles called gas vesicles. If a microbe wishes to rise to the surface, it can generate a few gas vesicles, making its body more buoyant and pushing it upwards. If it wishes to sink, it can pop a few gas vesicles and do the opposite. Scientists have been able to genetically engineer microbes that can go into the body, where they’re detectable by an ultrasound machine. When a gas vesicle pops, the gas inside fizzes away. But, by driving that gas with finely tuned ultrasound waves, researchers learned they could force gas bubbles to grow, and grow—until the bubbles themselves also pop, violently, creating shockwaves. Scientists call that process inertial cavitation, and it’s the same science that makes it possible for ultrasound to clean your jewellery. The study’s authors posed the question – could these shockwaves, generated from ultrasound-inflated bubbles, be used to work against tumours? If a cell could be genetically engineered to produce gas vesicles, then it could be turned into a potent sleeper agent—ready to be activated by ultrasound. Researchers placed gas vesicles into a petri dish, along with a type of glioblastoma cells and found that after they blasted the dish with ultrasound, in a matter of mere seconds, they saw signs of widespread disruption that indicated the gas vesicles were responsible.

The research was reported in Nature Nanotechnology

There are a number of research updates contained in this piece about the SPORE collaboration and the work they are doing to advance the understanding the genetic basis of glioblastoma. The lethality of glioblastoma and the paucity of effective treatments is what spurred an application to the Specialised Programme of Research Excellence (SPORE) grant from the National Cancer Institute, which was then awarded to the Robert H. Lurie Comprehensive Cancer Centre of Northwestern University, Illinois, US. Northwestern's Brain Tumour SPORE is now three years old, and the bench to bedside process is producing results having made advances in understanding the genetic basis of the disease and developed potential therapies that reduce treatment resistance and clinical trials using immunotherapies.

In wider neuroscience news researchers have revealed results suggesting that personalised deep brain stimulation (DBS) can produce a sustained antidepressant effect by targeting a brain circuit linked to low mood. The proof-of-concept study involved a patient named Sarah, who had lived with major depressive disorder (MDD) since childhood. Researchers first implanted electrodes in Sarah’s brain that mapped different areas related to mood and identified a region that, if stimulated by impulses through the electrode, gave Sarah immediate relief from suicidal thoughts and low mood. This study was published in Nature Medicine.

Update: 2021 SNO Annual Meeting. The Society for Neuro-Oncology is looking forward to holding the 26th Annual Meeting in the great city of Boston! The theme of this year’s meeting is “Bridge to the Future: Reimagining Bench to Bedside”, and the programme will feature an outstanding group of plenary speakers, didactic lectures and panels, workshops, and abstract presentations of cutting-edge research on topics ranging from basic science to clinical care.

In a breakthrough that could boost the effectiveness of treatments for glioblastoma, Israeli scientists have discovered that some immune cells that fight the cancer later “switch sides” to help protect the tumour. These “turncoat” white blood cells — neutrophils, known for their power in killing bacteria and fungi — battle hard against glioblastoma but then change their behaviour and end up aiding its growth. “These immune cells are initially like an army that both kills tumour cells and also recruits other immune cells like t cells to help with the anti-cancer fight,” lead researcher Dr Dinorah Friedmann-Morvinski told The Times of Israel. “Then in many cases, they start guarding the tumour and stopping other immune cells from getting to it — essentially protecting the tumour and letting it grow more. This study was published in the journal Cell Reports.

'Tractor beam' to treat paediatric brain cancer earns US NIH Transformative Research Award. Emory University provost and biomedical scientist Ravi Bellamkonda has received the National Institute of Health (NIH) Director’s Transformative Research Award. His five-year grant supports a project to use low-voltage electrical fields to induce cancer cells to migrate out of the tissues they have invaded: a strategy he calls a “tumour tractor beam.” The approach could be particularly valuable for diffuse cancers, indicating that the malignant growth has spread to multiple areas of an organ or the body and his team will test the strategy on diffuse intrinsic pontine glioma (DIPG).