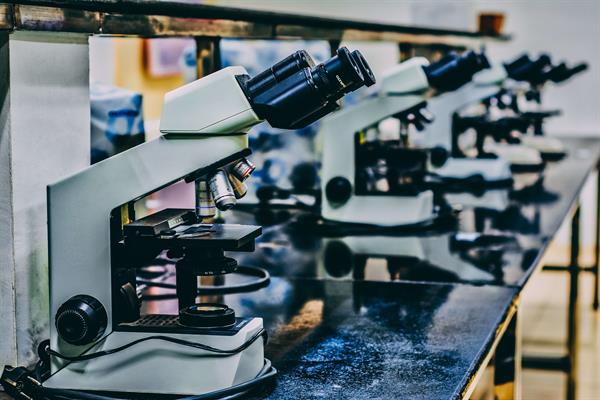 Researchers in Berkeley, California have recently discovered that tumours in fruit flies release a chemical that compromises the blood brain barrier. Tumours in mice that release the same chemical, a cytokine called interleukin-6 (IL-6), also make the blood-brain barrier leaky. By blocking the effect of the cytokine on the barrier they were able to extend the lifespan of both fruit flies and mice with malignant tumours. This work was published in the journal  Developmental Cell.

A postdoctoral fellow from the lab conducting this research commented “The IL-6 cytokine is known to cause inflammation. What’s new here is that this tumour-induced inflammation is actually causing the blood-brain barrier to open. If we interfere with that opening process but leave the tumour alone, then the host can live significantly longer and healthier with the same tumour burden.”

Fruit flies are also an important model system for researchers at our Centre at the University of Plymouth, where Dr Claudia Barros and her team are using a brain tumour model in Drosophila to study tumour-initiating cells. The team has identified genes that trigger the development of all grades of glioma brain tumours: astrocytoma, oligodendroglioma and glioblastoma multiforme (GBM). By understanding how normal cells develop into tumour-initiating cells and then keep on fuelling those tumours, new treatments to target these cells can be developed.

A head mounted oscillating magnetic field-generating device, dubbed an “oncomagnetic device”, is a potential non-invasive therapy for glioblastoma. The device was used to shrink an end-stage recurrent glioblastoma in a patient without access to any other approved treatment option. The portable, wearable device consists of “strong permanent magnets rapidly spun by high-speed electric motors, whose rotation and timing are controlled by a programmable microcontroller operated by a rechargeable battery”.  The magnet and motor assemblies are housed in vibration-, sound- and heat-insulated enclosures mounted on a helmet worn by the patient. A treatment-specific pattern of rotation frequencies and timings is then used to stimulate the brain to treat the tumour. This single-patient case report demonstrated that a month-long course of oncomagnetic treatment – during which the oscillating magnetic field was applied for two hours, up to three times a day on weekdays – reduced the volume of end-stage recurrent glioblastoma by more than 30%.The researchers describe the results of this case study in Frontiers in Oncology.

Changes in individual cancer cells over time may explain why brain tumours develop so differently, and why some cancer cells are resistant to certain treatments. To track the development of cancer cells researchers have devised a new method that may make it easier to develop new, effective drug combinations. Using a "barcoding" technique to profile individual cells researchers combined this with mathematical modelling and computer simulations. This method was then applied to cancer cells from three brain tumour patients. This showed that the cancer cells’ organisation appears to be hierarchical, but with some degree of flexibility. There are also clear patient-specific features. It also demonstrated that cell organisation itself is influenced by the drug treatment.

The research is presented in the journal Molecular Systems Biology.

The Children’s Brain Tumour Drug Delivery Consortium (CBTDDC) are running their next workshop on 8-9th November. Focusing on tackling the main challenges in preclinical to clinical translation of paediatric CNS drug delivery devices, this will take place in Nottingham UK, but will also have virtual places for individuals who can’t attend in-person.

A reminder that the 16th annual EANO meeting is taking place virtually this weekend.

BNOS would like to collate information about the preclinical models in use across the UK for Neuro-Oncology research. They plan to display this information on the BNOS website in summary form. If researchers agree, they will also display group details in order to inform researchers about the various models being used nationwide and facilitate collaborations that potentially expedite translational work towards patient impact. If you do any kind of pre-clinical modelling relating to neuro-oncology within your research group in the UK, please complete this short survey (no more than 5 minutes) by 30th September 2021

This new research looks specifically at the role of interleukin 13 receptor alpha 2 (IL13Ra2), a protein that is found in increased rates in cancer cells that metastasize to other locations in the body — particularly the brain and the lungs. The study found that patients expressing high levels of IL13Ra2 in their brain metastases have worse survival than those expressing low levels of IL13Ra2. However, researchers could not see this correlation when examining the primary tumours which suggests that there is an adaptation of the cancer cells when they spread to the brain which could eventually be targeted. The research was published this week in  Clinical Cancer Research

A new research programme, funded by Children with Cancer UK, Blue Skye Thinking and Little Hero, will aim to target the most common high-grade brain tumour in children – medulloblastoma. The research project – named INSTINCT-MB – will be led by Newcastle University with over £700,000 in dedicated funding. It will aim to develop ‘better and more effective' treatments for medulloblastoma, which results in approximately 30% of childhood sufferers dying. A specific challenge in childhood cancer is Group 3 medulloblastomas driven by the MYC gene – this tumour group occurs almost exclusively in young children and is essentially incurable. Although advances in standard treatments have helped to boost survival levels overall, these are not specific to tumour sub-types and are ineffective against MYC-Group 3 tumours. The research project will aim to develop new treatments for Group 3 medulloblastoma, through the use new drugs and CAR-T cell therapies.

Blue Skye Thinking is one of Brain Tumour Research’s Member Charities The charity was set up by the family of Skye Hall who was diagnosed with a grade 4 medulloblastoma in 2013. Despite surgery, and a tough treatment regime of chemotherapy and radiotherapy known as the Milan Protocol (now withdrawn from use in the UK because of its toxic side-effects), Skye passed away at home 12 months later from neuro-toxicity.

September is Childhood Cancer Awareness Month and we have been taking the opportunity to raise awareness of brain tumours, the biggest cancer killer of children. Brain Tumour Research is developing a specialist hub focused on paediatric research and we are building capacity at our established Centre of Excellence at the Brain Tumour Research Centre at Queen Mary University of London (QMUL).