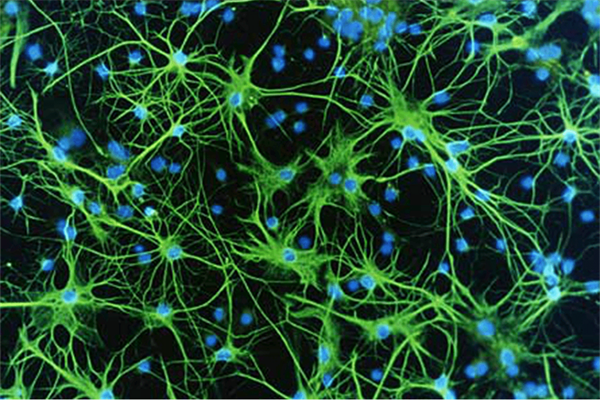 Today, we have a few promising reports on research into Glioblastoma, which is also a major focus of our Research Centre at QMUL.

Glioblastoma develops from astrocytes, star-shaped brain cells that help protect the brain from diseases in the blood and provide the brain’s neurons with nutrients. Glioblastoma cells have more genetic abnormalities than the cells of other types of astrocytoma brain cancer. Now researchers have identified an oncogene responsible for this cancer. Advillin (AVIL) was overexpressed in all the glioblastomas tested including glioblastoma stem/initiating cells, but hardly detectable in non-neoplastic astrocytes, neural stem cells or normal brain. The researchers wrote. “The novel oncogene we discovered promises to be an Achilles’ heel of glioblastoma, with its specific targeting potentially an effective approach for the treatment of the disease.”

Stockholm syndrome is a psychological response in which hostages or abuse victims develop an emotional bond with their captors or abusers. New research suggests a novel explanation for glioblastoma aggression: Glioblastoma cells are able to reprogram key immune cells to promote tumour growth rather than fight it. These cancer cells appear to ‘brainwash’ our own immune cells and convert them from cells that fight cancer to cells that promote cancer. Scientists hope that knowing this they can now reverse this cellular version of the Stockholm syndrome.

The FDA has recommended early termination of the ongoing Phase 2 clinical trial titled ERC1671/GM-CSF/Cyclophosphamide for the Treatment of Glioblastoma major advance for the clinical development of ERC1671, a cell-based immunotherapy currently under development for the treatment of recurrent glioblastoma

The urgent need to fully understand the cancer biology of glioblastoma is thwarted by the lack of a suitable disease model that mimics the cerebral microenvironment. In recent times, cerebral organoids, the self-assembling three-dimensional cellular models derived from stem cells, have opened up the possibility of replicating the brain’s milieu to closely examine and study glioblastomas. This interview with Dr. Richa Singhania, Director of the Starr Foundation Glionoid Translational Core at Weill Cornell Medicine, discusses the key considerations in successfully recreating gliomas in a dish.

Researchers have found small clusters of cells in the brain that identify locations where tumours could become malignant. The study analysed pieces of living human brain tissue from 20 people undergoing brain tumour surgery and the researchers found groups of tumour cells clustered around blood vessels and believe that these cellular “hotspots” could be the seedbeds for malignant progression, the process by which a tumour becomes a fast growing and uncontrolled cancer.