Zika virus, metastasis and the immune landscape of GBM 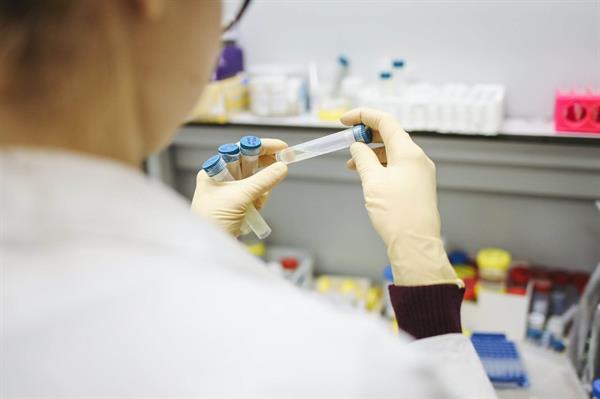 Opening up this week with a piece from our Scientific and Medical Advisory Board (SMAB) member and peer reviewer Dr Sean Lawler who in this article sheds light on overcoming the barriers when it comes to brain cancer therapeutics.

In 2017 Harry Bulstrode was the winner of the British Neuro-Oncology Society (BNOS) Young Investigator of the Year Award, which is, annually, partly sponsored by Brain Tumour Research. He wrote about his work then in a piece on our website about the  Zika virus as a potential therapy for brain tumours. Now a new study has shown that the Zika virus can activate immune cells to destroy glioblastoma. Evidently, the virus gives a powerful boost to an immunotherapy drug and sparks long-lasting immunological memory that can ward off tumour recurrence for at least 18 months.

Researchers at the Harbin Institute of Technology and Harbin Medical University in China have combined the natural abilities of neutrophils — bacteria fighting blood cells that can pass through the blood-brain barrier and remain undetected by the immune system — with the powers of magnetic ‘microswimmers’. These magnetic particles contain a cancer drug and were coated in E. coli so the neutrophils would consume them and these biohybrids “neutrobots,” are being used in the fight against brain tumours

A fascinating long read on Metastasis next which does focus down on brain metastases. While some systemic cancer treatments can prolong patient survival by delaying metastasis, this isn’t true of brain metastasis. In fact, by extending patients’ lives, such treatments may even increase the chance that cancer will have time to spread to the brain. Brain metastases are exceptionally deadly and come with debilitating symptoms such as cognitive changes, seizures, and loss of limb function, from both the cancer itself and the treatment. The conclusion of the piece is, rather obviously, a new understanding of metastasis could lead to better treatments.

If the above piece is of interest, you may also want to read about new research revealing that when breast cancer cells spread to the brain, they must boost production of fatty acids, the building blocks of fat, in order to survive there. Blocking fat production may starve the cells and shrink tumours offering a potential new treatment strategy for breast cancer cells that have spread to the brain.

A group of University of Brussels researchers led by Professors Kiavash Movahedi and Jo Van Ginderachter, have mapped the immune landscape of glioblastoma tumours. This is another fascinating long-form piece and well worth reading. One aspect uncovered by this research has been the striking diversity of macrophages, which are specialised cells involved in the detection and destruction of harmful organisms, like a tumour. The next step is to find molecular switches, ways to actually make these macrophages highly anti-tumour and activate them to start to attack cancer cells and help other immune cells to destroy the tumour. “Macrophages are the next frontier in cancer immunotherapy,” Professor Movahedi said. “They can either promote or block tumour growth. In glioblastoma, these cells are present in high numbers and unfortunately stimulate tumour growth. Our intent is to find a molecular switch that pushes them in the right direction by turning them into toxic cells that attack the tumour.”

A paper from our research centre at Queen Mary University of London, that we reported on in the summer, is relevant to what has been going on in Brussels and you can read about that again here as “New research shows GBM’s turn good guys bad”

Childhood brain tumours linked to mother’s exposure to pesticides is the eye-catching headline for this piece of US based research. And the increased risk of these tumours – estimated as much as twice to 2.5 times higher for some pesticides – occurs even if the mother is not a farmworker, but lived as much as 2.5 miles away from the field where the pesticides are sprayed. Researchers’ findings include that three types of cancers - medulloblastoma, ependymoma, and astrocytoma - are associated with specific pesticides.

More industry news as pre-clinical studies have begun towards the commercialisation of a new glioblastoma treatment. Global Cancer Technology (GCT) has acquired two patents for medicinal compounds that are known to cross the blood-brain barrier. Traditionally, brain cancers have been notoriously difficult to treat given the challenges related to the molecular size restrictions imposed by the natural biological processes of molecular transport. The two compounds acquired target PI3K and Vps34 in a mechanistically distinct manner: both are known to be potent inhibitors of pathways commonly associated with cancers.

Research news on the gene-expression landscape of glioma-infiltrating T cells demonstrates that these T cells can express NK cell receptors, which inhibit the killing of glioma cells. Isocitrate dehydrogenase (IDH) mutant glioma (IDH-G) and IDH-wild type glioblastoma (GBM), the two major classes of diffuse gliomas, are characterised by their rapid growth rate and resistance to treatment. The molecular heterogeneity of diffuse gliomas has resulted in the failure of targeted treatments, and the immunosuppressive microenvironment created by these tumours has limited the efficacy of immunotherapeutic trials. Therefore, understanding the immune landscape (see the earlier news from Belgium) of diffuse gliomas is critical for improving the efficacy of immunotherapy in treatment-resistant malignancies. Using single-cell RNA sequencing this research has characterized the gene-expression programs of tumour-infiltrating T cells in IDH-G and GBM.

Finally, this week you can access the April newsletter from our friends at the Children's Brain Tumour Drug Delivery Consortium here