Childhood glioblastoma, the effect of pregnancy, sea sponges and gold 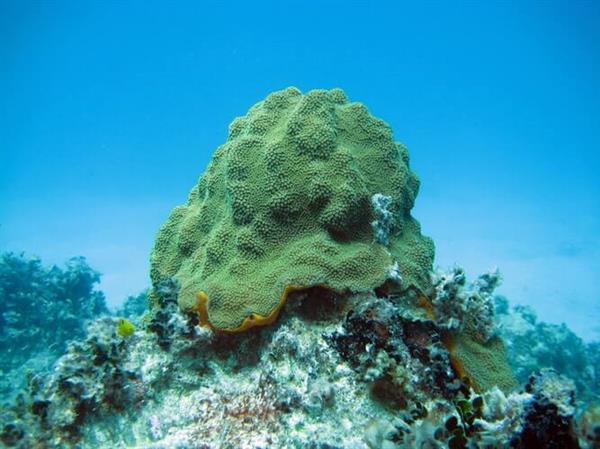 Edinburgh University researchers have made a major breakthrough in understanding how childhood glioblastoma brain tumours develop. The study, led by Professor Steven Pollard (who is a member of the Brain Tumour Research Scientific and Medical Advisory Board ) sets out to understand the origins of these aggressive childhood brain tumours and why certain mutations give rise to different forms of the disease. They found that the location of the cells impacts how they will respond to different mutations. It is hoped that mapping the origins of these cancers and the earliest events driving their growth will lead to the development of new treatments.

These important results, published in the high impact journal Cell Stem Cell, complement our work on glioblastoma, led by Professor Silvia Marino of the Brain Tumour Research Centre at QMUL.

Increasingly, medical researchers are looking to our oceans as an untapped resource hoping to discover marine chemicals that have the potential to treat and cure human illness. Although some of their results have been in the public domain for some time it is worth sharing again that Russian researchers have isolated the compound 3,10-dibromofascaplysin from the sea sponge (Fascaplysinopsis reticulata) and then chemically synthesised it. They found that 3,10-dibromofascaplysin forces tumour cells to die via a programmed cell death mechanism. Fascaplysin is known to possess antifungal, antibacterial, antiviral, antimalarial, and anti-tumour effects and a paper has been published showing that fascaplysin derivatives kill glioblastoma multiforme cells.

A fraction of patients with brain metastasis benefit from treatment with immune checkpoint inhibitors like anti-PD1, anti-PD-L1, and anti-CTLA4 drugs. One of the limitations of these drugs over the long-term in brain tumours is that the cancers often recur, metastasising with new lesions that don’t respond to immune-based therapies.  Unfortunately, given the unique environment of brain cancers, and the difficulty in accessing ongoing samples of brain cancers, clinicians are not currently able to monitor the evolution of these cells, and the level of immune cell infiltration, at a genomic level. A Spanish study used personalised transcriptome sequencing to show that immune cells within the cerebrospinal fluid, particularly CD8 T-cells, faithfully model the characteristics of cells identified in brain metastasis, and could therefore constitute novel biomarkers of response to immune-based therapies.

Aiming to better understand rare brain and spine tumours a study is collecting tumour tissue and comprehensive clinical data from deceased patients with rare brain and spine tumours and people that were pregnant at diagnosis or became pregnant after diagnosis of a primary brain tumour. The Tissue Outcomes Study is collecting valuable information from adults that lived with rare brain and spine tumours that have never been analysed before at such a large scale. Due to the low frequency of these tumours, it is very challenging to collect and analyse large series with both comprehensive information about the tumour molecular makeup and the clinical history of the people who had them, including data such as the location and extension of the tumour, the treatments they received, or how the tumour responded to them. The study has two components. The main focus is to study 11 different rare types, but a special part of the study called Pregnancy Sub Study is dedicated to studying the effects of pregnancy on all primary brain tumour types.

This US-based study is collecting tissue through a national network of 33 institutions. We’re not aware of any links from this study to international brain tumour banks, however, BRAIN UK could be a potential source of tissue from rare tumours if such links were required.

News from the US-based Ivy Brain Tumour Centre at Barrow Neurological Institute which has announced that the first patient has been treated in a Phase 0 clinical trial of Pamiparib in newly diagnosed glioblastoma and recurrent glioblastoma. Pamiparib is an investigational small molecule PARP inhibitor PARP being a protein that plays an important role in cell survival response to DNA damage. This Phase 0 study investigation of pamiparib is part of efforts to identify drugs that can be used to increase the efficacy of radiation treatment for glioblastoma.

Again, US based news here of a Phase II Study of Alisertib Therapy for Rhabdoid Tumors

The blood-brain barrier prevents many protein-based drugs and small molecules from entering the brain meaning that drugs targeting cancer-promoting genes whilst effective in several different types of tumours, such as those of the lung and breast, have sadly not been effective in glioblastoma. Now scientists have developed a novel RNA interference drug that targets the cancer-promoting Bcl2L12 gene in glioblastoma tumours and has been shown to penetrate the blood-brain barrier in a small number of patients. Based on these positive "phase 0" trial results, the team suggested that the experimental compound, called a spherical nucleic acid (SNA) drug, should undergo further testing to verify its safety and therapeutic effect. The drug, NU-0129, consists of a gold nanoparticle core densely packed with small interfering RNA (siRNA) sequences targeting the expression of the Bcl2L12 gene. Designing drugs that can be delivered across the blood-brain barrier is a high priority in brain tumour research and a focus of researchers at our Research Centre at Imperial College London.

An in-depth piece of industry analysis to conclude this week. Drugs prescribed for High Grade Glioma include Avastin (Genentech) and Temodar/Temodal (Merck). However, due to patent expiry, the market holds the generic version for both of these drugs. This creates a huge competition between the generic version of these drugs and the emerging therapies because generics are more cost-effective for patients than novel therapies.