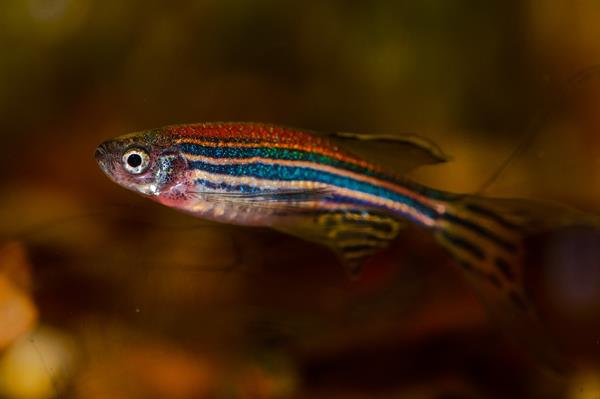 We begin with some fascinating research based on the fact that Zebrafish skin and scales are crystal clear and they share 70 percent of the same DNA as humans thus helping scientists to identify a new Zebrafish model that could help advance glioblastoma multiforme research.

When brain cancer cells disperse, they become harder to locate and delete. Even when the original tumour is surgically removed, migratory glioblastoma cells can linger - undetected by diagnostic imaging - eventually forming new satellite tumours if they can endure chemotherapy or radiation therapies. As the cancer cells migrate, they also leave a destructive wake because glioma cells exploit the brain's blood vessels. Tumour cells use blood vessels as a pathway to invade within the brain and consequently break down the blood-brain barrier.

But what if there were a way to block glioma cells from leveraging blood vessels to control cancer cell migration? Gliomas need a key signalling pathway - Wnt, named after the wingless flies it was first observed in - in order to exploit blood vessels. In this research scientists put the fish under a microscope and, with fluorescent markers, watched cancer cells grow, migrate, and interact with other cells - all in real-time. When a Wnt inhibitor molecule was added to the Zebrafish's water, a change in glioma cell behaviour cells was noticed -- the cancer cells had reduced attachments to the brain's vasculature.

A paper just published in the journal Nature Communications, reveals a potential revolutionary combination drug therapy, which is currently in early trials in adult cancer, that is the most effective treatment ever tested in laboratory models of DIPG. The treatment is a combination of two drugs: difluoromethylornithine (DFMO), an established drug, and AMXT 1501, an investigational agent being developed by Aminex Therapeutics and is, according to the paediatric oncologist lead researcher "spectacularly effective in eradicating the cancer cells."

Industry news as MGC Pharmaceuticals begin a new clinical study into using its proprietary nano-delivery platform to treat glioblastoma which marks an expansion of their existing research program into the use of cannabinoids. MGC Pharma co-founder and managing director, Roby Zomer believes “This is a very significant step for our research program and intellectual property, as we look to transform and advance the way brain tumours are treated”

Researchers have shown that chemically inhibiting the enzyme PRMT5 can suppress the growth of glioblastoma cells because it led to ‘cell senescence’ - cells losing the ability to divide and grow, similar to the aging process. Cellular senescence can also be a powerful tumour suppression mechanism, stopping the unrelenting division of cancer cells.

Over the years, scientists have discovered potential promising new cancer treatments, only to report later that the tumour cells found ways to become resistant to these treatments. Overcoming drug resistance is a major goal in cancer research. In this piece success is reported in averting drug resistance in glioblastomas. The method involves inhibiting a protein called SCD and reducing the expression of the transcription factor FOSB (which regulates SCD), so that the tumour cells cannot acquire resistance to the SCD inhibitor.

Encouraging stuff from the US now as a new study has revealed a detailed map of the genes, proteins, infiltrating cells and signalling pathways that play key roles in driving glioblastoma. According to the study’s senior author “To improve therapies for this deadly cancer, understanding the tumour cells themselves is important but not enough, we also must understand the tumour cells’ interactions with the surrounding environment, including immune cells and the connective tissues and blood vessels. This study is an extremely deep dive into glioblastoma tumour biology, revealing new possibilities for therapy.”

Immunotherapy is the ground-breaking cancer treatment based on harnessing the body's immune system and scientists say they have discovered a potential new target for immunotherapy of malignant brain tumours. The target they identified is a molecule that suppresses the cancer-fighting activity of immune T cells, the white blood cells that seek out and destroy virus-infected cells and tumour cells. The molecule, called CD161, is an inhibitory receptor that they found on T cells isolated from fresh samples of diffuse gliomas.

Finally this week, and coming from the National Institutes of Health (NIH), is news that a novel combination treatment shows encouraging results and could be a step toward developing a new treatment for astrocytomas

Astrocytomas; the most common type of primary glioma brain tumour