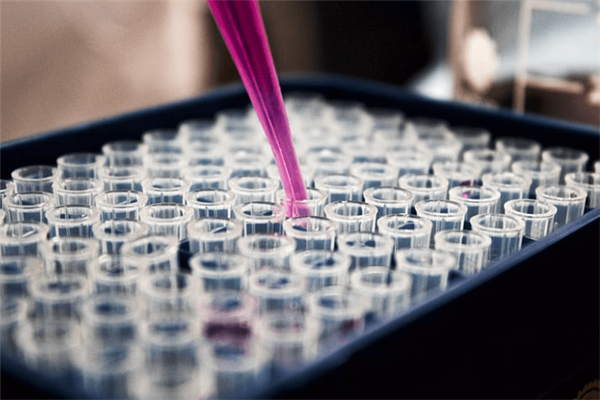 Chemotherapy and radiotherapy drugs are used to kill cancer cells by damaging their DNA, but those cells are often able to repair their own damaged DNA and can continue to grow after treatment. However using a two-pronged attack to stop cancer cells from repairing themselves researchers and clinicians from Western Australia, the U.S. and Germany have collaborated to develop an innovative approach to treating children with Medulloblastoma. The team discovered that a new type of molecularly-targeted drug—prexasertib—was able to "switch off" the cancer cells' ability to repair itself when used in conjunction with chemotherapy.

Scientists have thought it probable that the immune cells found inside the tumour are a major reason why Glioblastoma is so difficult to treat. Evidence of this hypothesis has now been provided by researchers who say, “We developed a new technology which allows us to visualize, on a molecular level, how the innate immune cells end up defending the tumour cells rather than body,” These new tools that are providing valuable insight into Glioblastoma are described in this paper   “ Phenotypic mapping of pathological crosstalk between glioblastoma and innate immune cells by synthetic genetic tracing.”

Rather than DNA, it is RNA that is the focus here as a new approach appears to better classify and treat brain tumours

Scientists develop laser system to remove cancers without damaging healthy tissue This could have huge benefits for brain, head and neck cancers patients. This new laser system that may revolutionise the treatment of cancers and help surgeons remove them without damaging healthy tissue, is being developed by experts at Heriot-Watt University in Edinburgh who are working on the system based around ultrafast picosecond lasers that deliver energy in a series of pulses one trillionth of a second long.

Last month a team of University of Minnesota researchers treated their first human glioblastoma patient in this study. Several existing drug therapy options for cancer work to strengthen the immune system, however, this treatment, in addition to activating the immune system to fight cancer cells, offers a new make-up and tumour suppression that is new.

11 Spanish hospitals have joined the network to create a collection of human samples to further research into brain metastases, to improve both their diagnosis and treatment as a new national hospital network aims to advance research on brain metastases

Reported with the headline “From the clinic to the lab, understanding medulloblastoma relies on molecular profiling” a pair of research papers from St. Jude Children's Research Hospital report on a Medulloblastoma clinical trial that provides insights to guide treatment and shed light on relapsed disease. Firstly, they published a detailed account of SJMB03, a clinical trial for paediatric patients with medulloblastoma. Additionally, they reported results of the largest analysis of matched primary and relapsed medulloblastoma tumours to date. In both the clinic and the lab, results underscore the need for integrated molecular assessment of these tumours.

The NCRI involves people affected by cancer across the breadth of its activities. With the right input into research at the right time, Patient and Public Involvement like this can improve the quality and relevance of research, ensure that they’re investing in the right areas of research, and that research findings are being translated into patient benefit by getting feedback on your research ideas from people directly affected by cancer.

An interesting blog now about correlating wearable data with clinical outcomes in brain tumour patients. BrainWear is a clinical study collecting this data in the form of a wrist-worn Axivity AX3 accelerometer from patients with primary and secondary brain tumours.

Finally, and unusually, an industry piece to end with and, although not brain tumour specific, it is definitely thought-provoking,  “The Future of Cancer Treatment Lies in Vaccines, Say These Pioneers”