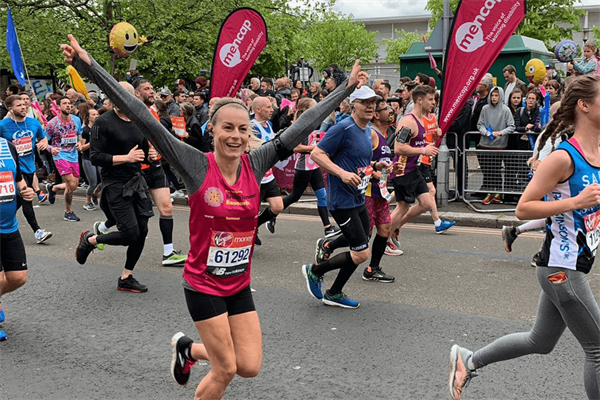 As reported in Third Sector, London Marathon Events has announced it will be reducing the number of places offered through its “golden bond” system, which gives enlisted charities guaranteed running places each year with the bonds each providing five places on a renewable five-year cycle.

Given the enormous fundraising ability of the event, the 629 charities that own the limited golden bonds have been unlikely to give them up. It is therefore extremely difficult for other charities to access guaranteed places.

The major overhaul will see the number of running places per bond reduced to four and the duration reduced to four years from 2026. The additional “silver bond” scheme, which offers one place every five years, will also be scrapped. Ballots for two-year and four-year charity places will be phased in over the coming five years.

Our Chief Executive Sue Farrington Smith MBE said: “As a relatively new charity established in 2009, we have to pay some £1,800 for places in the London Marathon and ask our supporters to raise at least £3,500. This compares to more than 600 charities that have held golden bond places since the early 1990s paying just £100 a place.

“We believe in parity and that all charities should have an equal chance to access these sought-after places for the same price and maximise the opportunity to raise funds for their particular cause.”