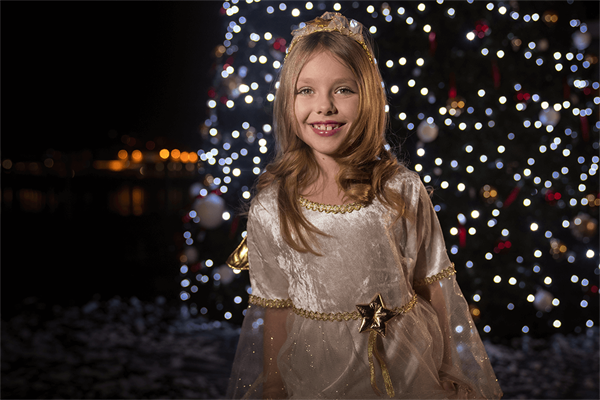 Seven-year-old singing sensation, Lyra Cole, has officially launched her bid to reach Christmas number one with an appearance on Good Morning Britain.

After storming to the top of the Amazon download charts last year, Lyra has released her second charity single, a cover of Shakin’ Stevens’ classic Merry Christmas Everyone. The single is available to download now.

Lyra’s new single is accompanied by a super-cute music video which was filmed at the Grand Pier in Weston-super-Mare and also features her brother Charlie, aged four. This morning, she appeared on Good Morning Britain to launch the track.

Lyra is supporting Brain Tumour Research as she and her family know the pain of a brain tumour diagnosis. She was just a few months old when she underwent emergency surgery to remove a choroid plexus papilloma. Happily, she is doing well and all proceeds from the single will go to Brain Tumour Research.

Lyra’s aunt Jessie Hawkes, who worked with her to record the track and shoot the video, said: “We are so excited this year and I really, really hope that Lyra’s story will bring some hope to people this Christmas. She was one of the lucky ones having overcome a brain tumour, many others are not so fortunate.”

Please download the single today and help us get Lyra to that coveted number one spot!