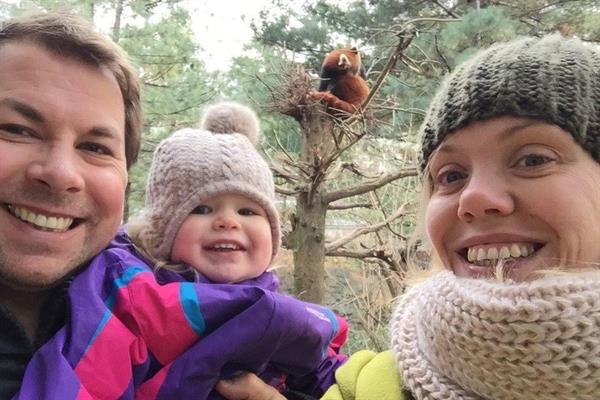 Our amazing supporter Gary Nelson has hit the headlines after his brain tumour symptoms were initially blamed on excessive laptop use while working from home during lockdown.

In April 2020, Gary’s GP told him his neck ache could be posture-related. But when his vision started to decline and he was referred for tests, he and his wife Amy, 40, were devastated to be told he had an aggressive brainstem glioma.

Gary, 42, has been told that his tumour is likely to have been caused by treatment he received for a low-grade tumour as a child. In 1985, at the age of seven, he was diagnosed with an astrocytoma, which was treated with neurosurgery and a gruelling course of radiotherapy. His next brain tumour diagnosis came in 2012 when he was 34 and he underwent life-threatening surgery to remove a meningioma. The operation was followed by stereotactic radiosurgery (SRS) at The London Gamma Knife Centre at St Barts Hospital.

The treatment was successful but more bad news came in August last year, when a routine scan picked up some regrowth and Gary began six weeks of radiotherapy. Less than a year later, in April 2020, they got the heart-breaking news that a brainstem glioma tumour was growing and this time his only remaining treatment option is a six-month course of chemotherapy.

Amy said: “One thing I know for sure about Gary is that he is a fighter. This is a fight we are taking on together. We fight for our beautiful, clever, six-year-old daughter Olive, who loves her daddy so very much. We fight for our family and friends and we fight for other sufferers and their loved ones. We fight for a future where the cure doesn't cause more tumours and damage to healthy brain cells.”

Gary’s story has been featured in The Mirror, Liverpool Echo and Cheshire Live, as the couple works with us to help raise awareness. Last month they took on a Walk of Hope in their home city of Chester. To make a donation via their fundraising page, visit www.justgiving.com/team/hulkswalkofhope