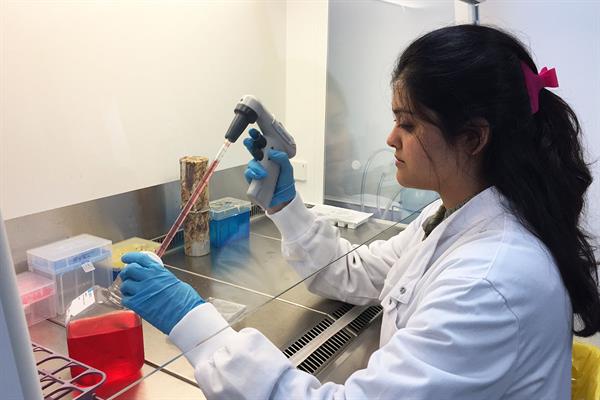 A large European study published in an international journal this week has shown that age and body mass index are among the factors that have a significant impact on the clinical course of pilocytic astrocytoma in adult patients. Pilocytic astrocytoma has very specific characteristics when it affects adults—recurrence or progression occurs almost twice as frequently following operative resection in comparison with child sufferers. A body mass index of over 23 also led to more frequent recurrence of the tumour. In the future, these new insights could result in more accurate prognosis for adult patients, and enable corresponding optimisation of treatment approaches.

Glioblastoma multiforme is treated by radiation therapy combined with chemotherapy. However, even with treatment, the five-year survival rate for GBM is less than 7%. One of the major causes for this is that GBM rapidly develops resistance to radiotherapy. Scientists have revealed a mechanism by which GBM develops this radio resistance explaining the contribution of two key molecules, Rab27b and epiregulin and bringing to light a novel target for drug development, and one that could significantly increase the survival rate for GBM.

Industry news as Basilea Pharmaceutica announce that it has initiated a phase 2 expansion study with its tumour checkpoint controller, Lisavanbulin, in patients with recurrent GBM. This is for patients whose tumour has tested positive for the potential response-predictive biomarker end-binding protein 1 (EB1).Patients will receive once daily oral Lisavanbulin. To identify patients with EB1-positive glioblastoma, a tissue screening program has been implemented using a CE-marked immunohistochemistry clinical trial assay developed for the Lisavanbulin programme. The initiation of a phase 2 study is an important step towards validation of the hypothesis that Lisavanbulin may be developed for a targeted patient population based on a patient-selection biomarker. One glioblastoma patient in the phase 1 portion of the current study, whose tumour tissue was strongly positive for EB1, was reported as an exceptional long-lasting responder and continues on treatment after two years and shows a more than 80% area reduction of the brain tumour.

I understand that approaching 10% of Neurosurgery is conducted whilst the patient is awake and it is indisputably a wonder of modern medicine, as those of you who watched Channel 4’s Brain Surgeons: Between Life and Death will attest. I have had the privilege of watching Consultant Neurosurgeon Kevin O’Neill at work. Kevin leads the team at our Imperial research centre and this week (and next) has been a period of annual review for our centres and it has been thrilling to hear about progress, collaboration and ambition from all of the Principal Investigators.

I am optimistic, but these are tough times for research, and this research must be funded. Your help in doing that is would be hugely appreciated.