Treating dogs diagnosed with GBM, getting Swedish patients back to work, orphan designation for improved radiotherapy drug plus gene therapy 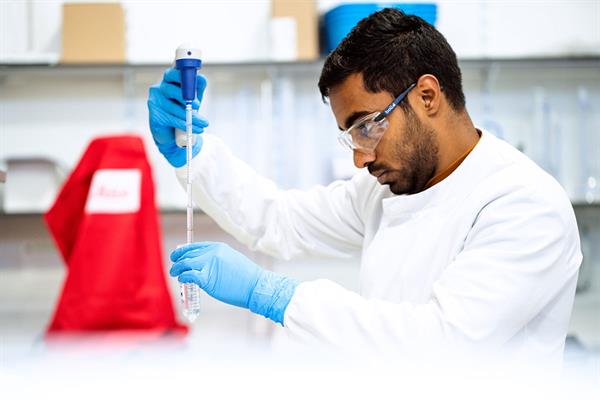 We know that dogs can be diagnosed with brain tumours however this is the first time we have reported on positive results in a preliminary brain cancer study for the treatment of dogs. Animal Life Sciences, Inc. (ALS), a pharmaceutical and nutritional development company announced that a comparative oncology trial being conducted using ALS101( a combination of two brain cancer drug candidates ALS licensed for use in animals) is showing promise in dogs suffering from malignant gliomas, including glioblastoma. Dogs suffer from these same types of aggressive tumours and treatment options, much like those for humans, are extremely limited. ALS have seen regression of tumour in a significant population of dogs treated in a formal Phase I clinical trial and while the tumour did not quite disappear, in some cases it shrank more than 95 percent and the animals lived longer.

News from Sweden now where a study has shown that one year after the diagnosis of low-grade malignant brain tumour just under three people in ten were in full-time employment. For this young patient group, returning to work is a key health factor however another year later, the proportion remained below half. For those of you unsure about the characterisation of a low grade, malignant tumour it is defined in this study as a low-grade glioma which is incurable and grows slowly but, thanks to modern treatments, it’s survival expectancy has successively increased. Given the patients' low age -- averaging 40 years when they fell ill -- their work capacity is seen as an especially important factor in quality of life. Being able to work again is, for many, a crucial aspect of returning to a normal life.

We have explained about orphan drug diagnosis in these updates before but to recap, in the US the Orphan Drug Act (ODA) provides for granting special status to a drug to treat a rare disease or condition. Benefits for a pharma company of having a drug given orphan designation include tax credits of 50% off the clinical drug testing cost awarded upon approval and eligibility for market exclusivity for 7 years post-approval.

Plus Therapeutics, Inc. has announced that the U.S. Food and Drug Administration (FDA) has granted the Company orphan drug designation for its lead investigational drug, Rhenium NanoLiposomes (RNL™) for the treatment of patients with recurrent glioblastoma. RNL is designed to safely, effectively, and conveniently deliver a very high dose of radiation - up to 25 times greater concentration than currently used external beam radiation therapy - directly into the brain tumour for maximum effect. Dr. Marc Hedrick, President and Chief Executive Officer of Plus Therapeutics said: “We believe RNL has the potential to prolong survival for patients with malignant brain tumours and that of other difficult to treat radiosensitive tumours.”

In the fight against cancer, scientists have long grappled with the ambiguous nature of stem cells. GBM tumours consist of stem cells which have the ability to self-renew making these tumours notoriously hard to treat with targeted radiation therapy and difficult to permanently remove through surgery. However, could gene therapy provide a potential breakthrough in brain cancer treatment and put the invincibility of tumour stem cells into question. This recent paper details a new technique of sensitizing stem cells to radiation therapy, thereby increasing the therapy’s efficacy.

You may find this overview of dendritic cell vaccines for brain tumours is helpful reading before moving onto this paper “Once, Twice, Three Times a Finding: Reproducibility of Dendritic Cell Vaccine Trials Targeting Cytomegalovirus in Glioblastoma.” John Sampson, M.D., Ph.D. from Duke University a leader in cancer immunotherapy for brain tumours commented on the paper saying “These study results not only advance our understanding of a virus’ role in cancer, but they also signal tremendous hope to patients and their families suffering from this devastating disease”

An optimistic-sounding end to this week’s worldwide research update.