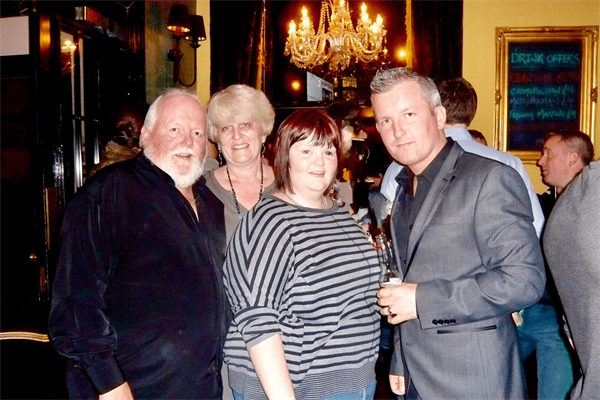 A family from Edinburgh have raised more than £40,000 in memory of their daughter who passed away from a brain tumour.

In 2011, after multiple visits to the doctor with pain above her eyes, Jenny Hogg was shocked to learn that she had a brain tumour. Following her diagnosis, Jenny underwent surgery and chemotherapy, and all the while her characteristic positivity shone through, but in 2013, she and her family received the devastating news that her tumour had grown and spread to other parts of her brain. With no further treatment available, Jenny sadly passed away in March 2014, aged 33.

In October 2014, her parents Alan and Rene, celebrated her memory and love of theatre with a two-night charity concert featuring an impressive selection of musical numbers from different performers. The event was a sell-out success and raised more than £15,000 for Brain Tumour Research.

Jenny’s family and friends have continued to fundraise for Brain Tumour Research over the years, and to date, they have raised more than £40,000. Their support has been commemorated with tiles placed on the Wall of Hope at our Centre of Excellence at Queen Mary University of London.

And the show continues to go on as in October 2021, a production of the laugh-out-loud musical Avenue Q will be staged with the proceeds donated to Brain Tumour Research.

Alan says: “No parent should lose their child, but it happens all too often. Nothing can bring Jenny back, but to be part of helping to raise funds so that ultimately no one else loses someone they love is what it’s all about.”