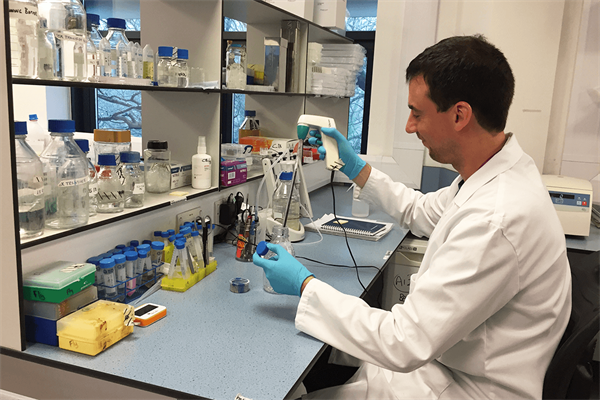 The molecular differences between individual tumour cells in ependymomas have been identified for the first time. Furthermore, researchers have demonstrated that ependymomas develop in a specific stem cell niche of the brain. This could explain why some ependymomas behave very aggressively and are difficult to treat, while others offer a better prognosis. Therapeutic approaches based on these findings have proven highly promising in preliminary laboratory tests.

Scientists have identified an oncogene (a cancer-causing gene) responsible for glioblastoma and say this offers a promising new treatment. This oncogene is essential to the survival of the cancer cells and without it, the cancer cells die. Scientists have already developed many targeted therapies for other cancers with a similar “oncogene addiction.” According to one of the researchers, “The novel oncogene we discovered promises to be an Achilles’ heel of glioblastoma, with its specific targeting potentially an effective approach for the treatment of the disease.”

Ludwig Cancer Research is an international collaborative network of acclaimed scientists that has pioneered cancer research and landmark discovery for nearly 50 years and this week they have published a study on how the reprogramming of immune cells enhances effects of radiotherapy in preclinical models of brain cancer. They dissected how radiotherapy alters the behaviour of immune cells known as macrophages found in glioblastoma and then showed how these cells might be reprogrammed with an existing drug to suppress the invariable recurrence of the cancer.

News from Sweden concludes that therapies for treating glioblastoma brain cancer can be delivered with greater precision and existing drugs can be used in new ways. Researchers characterised how changes in glioblastoma cells influence the effect of different drugs and it became increasingly evident that glioblastoma tumours contain many genetic aberrations that vary between patients. Despite this, there is still a lack of ways to tailor the therapy to take account of these changes and patients currently receive similar treatments.

Glioblastoma cells from 100 patients were examined for their response to different drugs using cell cultures grown from patient samples and more than 1,500 drug substances were tested to see how the cells responded.

The researchers then used an algorithm to investigate which changes in the cancer cells could best predict the effect of a specific drug. They were then able to group the tumours and found two main subgroups based on drug response and mutations in certain genes.

According to the principal investigator of the study "By characterising the cells at multiple levels, we discovered unexpected associations between important genes and pathways, and different drugs. This, in turn, led us to find new ways to combine different drugs to maximise the effect. Our results thus provide a good starting point for further research aiming to increase precision and adapt the therapy for different glioblastoma patients. They can also be used to discover new purposes for already existing drugs,"

This mention of repurposing existing drugs is welcome as the path for getting new drugs to market remains tortuous, long-winded and costly.

To get an idea of how costly read how Imvax has raised $112 million to take its autologous tumour cell vaccine into a phase 2 glioblastoma multiforme trial. Remember too that after a phase 2 trial comes the phase 3 trial phase and then, post clinical research, comes the regulatory stuff and manufacture before a new drug gets to the patient’s bedside.

New drugs do get to market though and progress is made against disease – it all starts with the basic discovery science and that is why Brain Tumour Research funds it.

You can help us by clicking here