Grieving gran’s petition to be debated 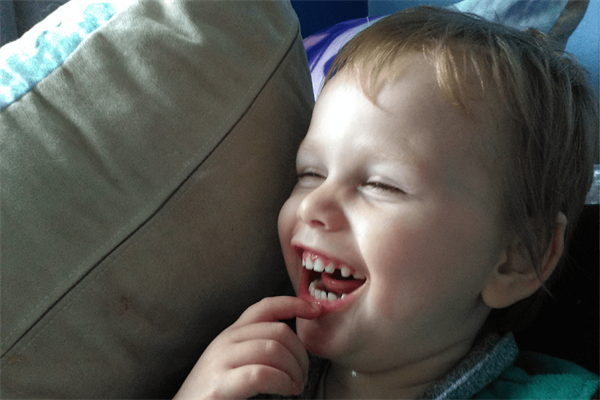 The family of a young boy who died from an incurable brain tumour 11 months after diagnosis is celebrating after an announcement that the UK Government will schedule a debate on research into childhood cancers.

The Petitions Committee announced this week that, having exceeded the 100,000 signatures required, grandmother Fiona Govan’s petition would now lead to a debate in Westminster Hall.

Fiona, 50, from Dalry, Ayrshire, said: “This is obviously fantastic news, but to ensure it leads to something meaningful we need to continue to put pressure on our Government to make research funding transparent, to ring-fence funds for research into childhood cancers and to factor in years lost when a child dies of cancer.

“I was shocked to learn this week during the All-Party Parliamentary Group on Brain Tumours (APPGBT) that just £6 million of that £40 million has been allocated to brain cancer research almost halfway into its five-year mission.

“Brain tumours continue to kill more children and adults under the age of 40 than any other cancer with the type of incurable brain tumour my grandson, Logan, was diagnosed with being a death sentence for children, normally within just 12 months.”

Fiona’s grandson Logan Maclean from Largs in Ayrshire was just three years old when he passed away from a diffuse intrinsic pontine glioma (DIPG) – the deadliest of all childhood cancers.

Fiona added: “Logan was diagnosed with a diffuse intrinsic pontine glioma (DIPG) brain tumour in November 2016. We quickly learnt that it was incurable, that no child had ever survived a DIPG and that the only treatment was palliative radiotherapy. Logan passed away just 11 months later.

“I never imagined that in this day and age, there were childhood cancers that were untreatable and vowed then to do everything I could to make a difference for future generations.”

Brain Tumour Research spokesman Hugh Adams said: “We are delighted that Fiona and Logan’s family whose world has been shattered by this cruellest of cancers have received this news after all their efforts. We are very happy to have played a part in mustering support from the brain tumour community to drive signatures for the e-petition over the magic 100,000 number. It is vital that we continue to raise awareness of the shocking lack of investment for research into this disease and campaign for change.

“It is unbearable to think that, here in the UK, one child every fortnight is diagnosed with DIPG.”