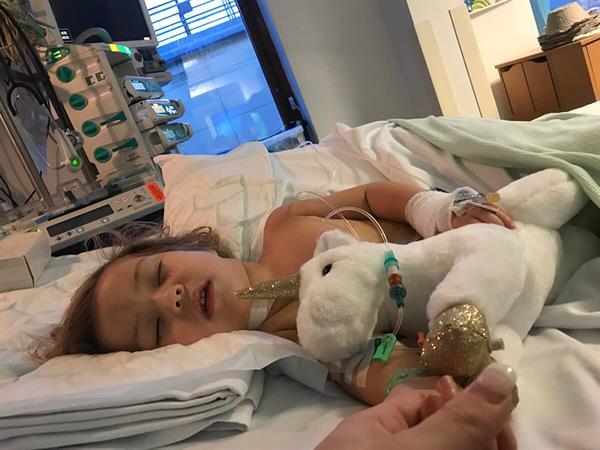 The mum of a three-year-old who is going through treatment for brain cancer has spoken about the family’s “18 months of hell.”

Esmé Lambert was just one when she was diagnosed with a rare high-grade form of ependymoma and underwent surgery. Now three, Esmé is currently on her sixth of seven cycles of chemotherapy. This will be followed by a scan to see how successful the treatment has been in fighting any cancerous tissue left after the operation.

The toddler’s mum Wendy, age 33, from Swaffham, Norfolk, is sharing their story to raise awareness during Brain Tumour Awareness Month this March. Our figures reveal the shocking number of young lives lost to brain tumours.

One in three children who die of cancer are killed by brain tumours; the disease is also responsible for one in four deaths of the under 25s, one in six of those under 40 and one in ten of those under 50. The brain tumour mortality statistics relate to deaths in England and Wales and are compiled by the Office for National Statistics.

Esmé, the youngest of four children, was originally misdiagnosed with what doctors thought could be a sickness bug or urinary tract infection when she started vomiting regularly in the early hours of the morning. Mum Wendy was convinced it was something more and, after the tot’s condition worsened, she went back to see a GP and was sent to A&E.

She said: “I was terrified there was something wrong with Esmé’s brain but was reassured that was unlikely. She underwent a whole battery of tests and eventually an MRI scan which revealed the tumour. Our world fell apart when we were told the news.

“Since then, we have been living through 18 months of hell and no-one knows how this is going to end. It is so scary and we constantly think ‘please let our family be one of the lucky ones’.”