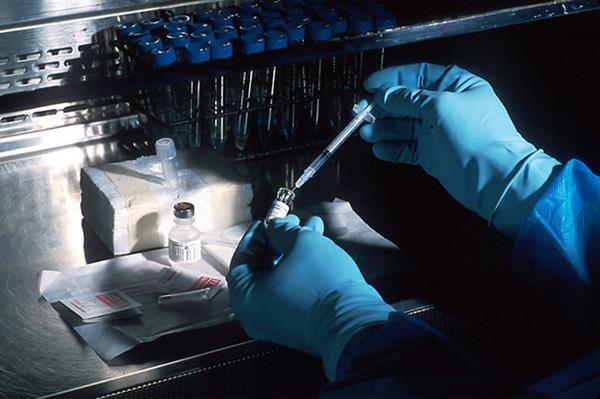 This week we are focusing on our Plymouth research centre and two of their recently published papers.

The Signal Transducer and Activator of Transcription 1 (STAT1) protein is known to play a role in our immune system and STAT1 disruption is linked to cancer.

In the majority of meningioma samples examined at our Plymouth research centre the STAT1 gene was found to be ‘overexpressed’ meaning that the tumour grew in response to “instructions” from the STAT1 protein following the addition of a phosphate molecule. Further research showed it to be the epidermal growth factor receptors (EGFR) that were ‘driving’ these STAT 1 genes. In their research the team used drugs known to affect the biological pathways that block the EGFR, stopping it from working.

Previous trials in recurrent meningioma of a drug called Erlotinib have failed however when the Plymouth team looked at newer drugs that work in a similar way they discovered that second generation EGFR inhibitors such as canertinib and afatinib had a broader inhibitory effect on both EGFR and STAT1, a combined effect that caused the tumour cells to slow their growth significantly.

The team are optimistic about these new drugs and are working to get them into clinical trials as soon as possible. This is vital work as Meningiomas are the most commonly diagnosed primary brain tumours and although patients can live for many years with these tumours  no effective chemotherapy or drug options are available.

The second paper looks at how research into classifying meningiomas will aid immunotherapy progress.

Brain tumour cells interact with healthy cells creating a small environment around the tumour. This tumour microenvironment plays a crucial role in allowing the tumour cells rogue behaviour to go unnoticed by the immune system when it should be attacking them. In fact it seems some immune cells actually promote cancer growth! At our Plymouth research centre researchers are studying how this relationship works in meningiomas – the most commonly diagnosed primary brain tumour

It is known that approximately 50% of all meningioma are caused by mutations in a gene called NF2. However the important progression from this was the indication that underlying tumour genetics play an important part in the development of the immune composition of the tumour microenvironment, something that has previously not been understood in this tumour type.

This important discovery was made possible by a genotyping method called “Kompetitive Allele Specific PCR (KASPTM)” combined with four-colour flow cytometry which enabled the Plymouth team to assess and analyse genetic make-up quickly and then correlate the results with the genetic profile of each tumour sample.

Classifying meningiomas by mutated genes such as NF2, in combination with other information about the cells that form them, will help the development of new immunotherapies for patients.

We asked Professor Oliver Hanemann, the Principal Investigator at our Plymouth centre for his thoughts and he told us “I am convinced we are making real progress with building the blocks for new treatment options for patients and I am excited that the team here in Plymouth are at the vanguard of the discovery science work that will result in new therapies and new clinical trial opportunities”

In one other piece of research news; UK scientists are developing a combined vaccine to fight GBM.