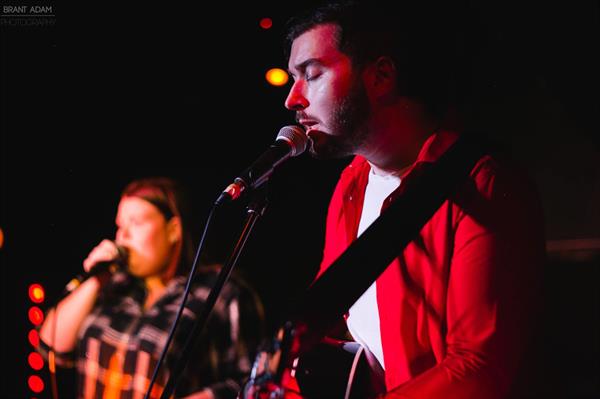 Two brothers who play together in a pop and rock band known as the Red Hearted Vibrations, remembered their beloved grandfather at a charity gig.

Craig White, 29, from Glasgow and his brother Graham, 26, from Dumbarton were remembering their ‘Papa’, Finlay Allan, lost just over two years ago, aged 79, to a glioblastoma multiforme (GBM) brain tumour, while also honouring what would have been his 81st birthday a few days before the gig.

Craig said: “Our Papa taught us pretty much everything and brought us up so well. He was a huge presence throughout our family, but also had a massive influence on our friends too. We all looked up to him. He was such a legend – everyone who met him adored him.”

Graham said: “For many years Papa used to roadie for our bands and was a regular at many music venues in Glasgow as it was rare that he wouldn’t be in attendance. At one point, he even made me a customised guitar pedal board for my gigs.

“It was absolutely devastating when our Papa was diagnosed with an inoperable brain tumour in April 2017, after collapsing in the garden. He had a couple of good months whilst on steroid treatment, but then deteriorated very quickly and we lost him in August that year."

During the gig on 14 December, the band held a raffle with the first prize a customised Irn Bru guitar. The event raised close to £500 for charity.